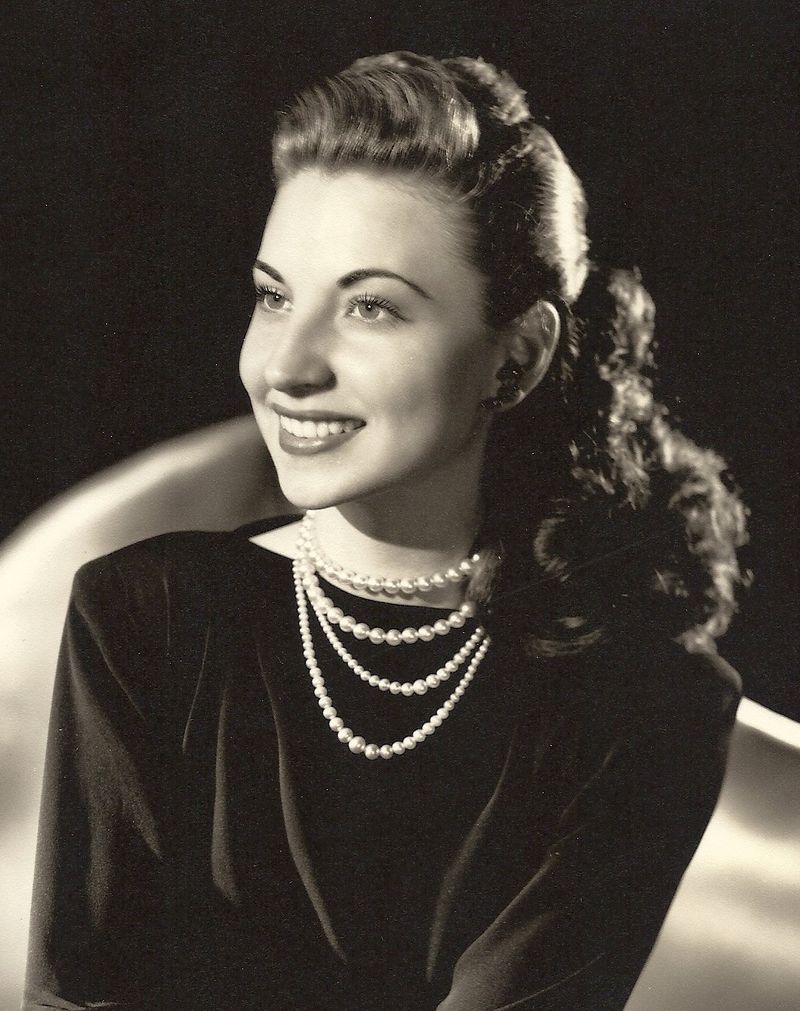 Marcheta Ailene Novak was born on September 17th, 1924 in Howells, Nebraska. She was named Marcheta (pronounced Mar-KEE-ta) after a 1913 love song written by the American composer Victor Schertzinger. The daughter of Fred and Ann Novak, she was the fourth of five children and a descendent of immigrant families from Czechoslovakia who settled in eastern Nebraska, northwest of Omaha.

Marcheta graduated from Howells High School in 1942, and attended the University of Nebraska in Lincoln on a scholarship in the college of business administration. She next moved to Omaha, Nebraska where she was employed by the Federal Reserve Bank, and subsequently to San Francisco, California where she worked for Koret of California, a women's sportswear company.

While in San Francisco during the summer of 1946 Marcheta was introduced by a mutual friend to her future husband, Harold (Hal) Miller of New Paltz, New York, then an officer in the US Navy returning from combat duty in the South Pacific. Hal and Marcheta were married in Howells, Nebraska on September 6, 1947. In 1950 Mr. Miller began what was to become a lifelong career at Houghton Mifflin Company, and he and Mark lived in Chalfont, Pennsylvania where their son Hal was born in 1952.

In 1957 the Miller family moved to Wellesley, Massachusetts, then on to Geneva, Illinois in 1962, and back to Lincoln, Massachusetts in 1971 as Hal continued his career with Houghton Mifflin. Mark was heavily active in volunteer services supporting the local hospital during her time in Geneva.

Mark and Hal built a cabin on a lake in Vermont in the early 1970's and subsequently purchased a nearby dairy farm in 1987, which Mark carefully renovated. Over the years and especially following Hal's retirement in1990, they spent many weekends, holidays and vacations visiting these properties with family, friends and business associates. It became a Miller family tradition to spend every Christmas together in Vermont. Included in the tradition was the cutting of the Christmas tree from the woods on the family farm.

Mrs. Miller maintained a lifelong love for the outdoors and became an accomplished fly fisherwoman, going on annual fly fishing trips with her husband and other family members and friends to Alaska and Canada. Hal and Mark celebrated their 60th wedding anniversary in 2006 while fishing on the Anvik River in a remote part of northwest Alaska.

A gifted gardener, Marcheta served as president of the Lincoln Garden Club and spent many hours landscaping the family home. She and Hal enjoyed cultivating a large and successful vegetable garden for many years on their farm in Vermont. Mark was also a talented artist, rendering many fine oil and water color paintings which adorned the family home, and rated a showing of her work at the renowned DeCordova Museum in Lincoln. She annually sketched scenes with outdoor themes to adorn the front of the Miller Christmas card.

Marcheta lived in Lincoln, Massachusetts since 1971 with her husband, Harold (Hal) T. Miller who passed away on Christmas Day of 2012. She is survived by her son Hal and his family (wife Jenifer and grandchildren Matthew, Lindsey and Kelsey) who reside in Texas, her sisters Marge Johnson of Kerrville, Texas, and Monica Olives of Redwood City, California, and her brother Dr. Fred Novak of Hollywood Florida. She was preceded in death by her oldest sister Mary Ann Langenfeld of Omaha, Nebraska.

Gifts in her name may be made to the educational institution of your choice.