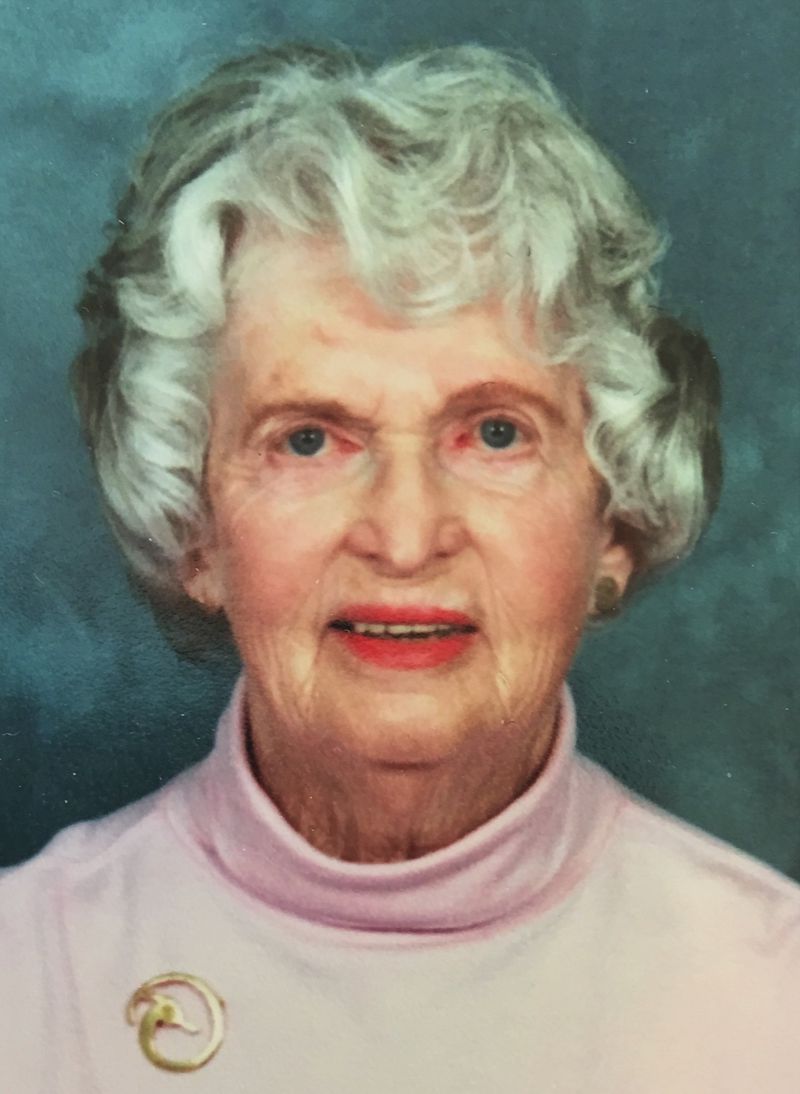 Margaret B. Soleau, "Bonnie", 93, died peacefully on Christmas Day in her suite at Newbury Court, in Concord, MA. Her children were by her side.

She was born in Palmyra, NJ to parents Jennie J. (Weart) and Alonzo F. Bonsal on June 6, 1923. She was the middle child of three children, Richard,
her older brother, and Carol, her younger sister. When she was a young girl her parents moved to Upper Montclair, NJ. During her childhood, she loved to draw and paint, and her talent for artful pursuits became a lifelong passion. She later attended Montclair High School where she met her future husband John E. Soleau, who became her one and only true love in life, and her husband for 57 years.

She graduated from Wellesley College in 1945, majoring in art history. While waiting for John to return from his deployment as a navy pilot in WWII, she attended the Philadelphia School of Occupational Therapy. They delayed their wedding plans until the war was over, and married on June 23, 1946, at Saint James Episcopal Church in Upper Montclair, NJ. John decided the Episcopal Church was his calling, and he graduated from the Virginia Theological Seminary In Alexandria, VA in 1951. At the same time, Bonnie and John began raising four children; David, Carol, Jeffrey, and William. The family moved back to the Seminary in 1955 where John became Professor of Pastoral Theology.

A primary focus tor Bonnie and John was the belief in a strong and diverse education for their children. They enrolled them in Burgundy Farm Country Day School, which excelled in creating progressive and innovative learning styles. Both parents actively participated in many teacher-parent decisions and experiences. Bonnie volunteered as the 2nd - 5th grade art teacher, as well as carpooled for all of the class trips.

In 1964, they moved to Concord, MA, which was chosen for its excellent public school system. While continuing to be a devoted and committed wife and mother, she embraced the community, the people, and all it had to offer.

Bonnie experimented in many artistic mediums: drawing, sketching, pastels, acrylics, oils, water painting, spinning and weaving. She took many art classes locally in Concord and at the DeCordova Museum. She was a member of the Boston Area Spinners Guild, and a board member of the Boston Weavers Guild. She served as the set painter for the Concord Theater. Significantly, she was accepted as a qualified artist member of the Concord Art Association..

Her belief in honoring the natural environment took many forms. Bonnie was a Boston schools volunteer for the Birds go to school program, and a habitat environmental education teacher. She worked tirelessly for Garden in the Woods as a teacher and guide. For years, Bonnie enjoyed walking along the Sudbury River and meadows with her beloved dog Dana.

Bonnie retained her strong ties to Wellesley College and her fellow alumnae. She served as chair of her 40th reunion. She was a member of the League of Women Voters, volunteering for the publicity and membership committees. She was a Concord Family Services board member, and a strong advocate of Planned Parenthood both locally and internationally. As a Hospice Volunteer home visitor, she traveled to many places within the state. She was an active member of Trinitarian Congregational Church and participated in adult education classes, served on the search committee for a new minister, and took part in various church ministries.

After John retired and took up pastels, the couple traveled on painting trips together, both regionally and abroad. Bonnie instilled the importance of art in all those around her, was kind and loyal to her life-long friends, was an exceptional role model and mentor for her children, and was a loving and devoted wife and mother.

Bonnie is survived by her sister, Carol Johnson Bald of Andover, MA, her daughter Carol of Corvallis OR, her son Jeffrey and his wife Louisa (Browne) of Delmar, NY, her son Willliam and his wife Christine (Redpath) of NYC, NY., and David's widow Lisa (Bergfeld) of Concord, MA. She leaves four grandchildren, Jason, Tyler, Heather, and Julia, two great grandchildren, and nine nieces and nephews.

Family and friends will gather to honor and remember Bonnie on Saturday, January 14, 2017 at 2:00 pm in the Trinitarian Congregational Church, 54 Walden St., Concord. A reception in the church hall will follow.