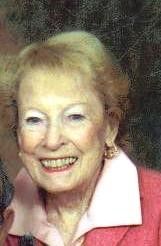 Marguerite Helen (Flynn) Neill, age 89, passed away peacefully on June 26. 2016 surrounded by her family. She was the wife of William J. Neill Jr. to whom she had been married for 66 years.

Marguerite (Peggy) was born on October 23, 1926 in Quaker Hill, CT to Margaret (Cunningham) and Joseph Flynn. After graduating from the Williams School, she attended Joseph Laurence School of Nursing in New London and graduated as a Registered Nurse. On August 27, 1948 she married William (Bill), then a Lieutenant Junior Grade in the United States Navy. They moved to Roselle Park NJ where he went to work at Esso's Bayway Refinery in Linden, NJ and she worked as a nurse in local hospitals. They then settled in Westfield where they raised their five children: Marguerite, William, Robert, James and Rosemary. Peggy worked as an operating room nurse at Overlook Hospital in Summit, NJ for many years and later as the head nurse at the Westfield Orthopedic Group for 17 years. Her medical knowledge as well as her personality and astute people skills became her trademark among many surgeons as well as their patients.

Peggy's down to earth pragmatism, charm and outgoing personality made she and Bill a welcome addition to any social occasion. Every summer they made day trips to, and spent their two week vacations at, the Jersey shore. Seldom was there a summer weekend when she wasn't packing sandwiches for a day at the beach or helping sandy children dry off from the ocean.

Following her husband's retirement from ExxonMobil, they traveled extensively and enjoyed many summers on the beach at their beautiful home in Bay Head NJ. It was a favorite destination for them as well as the family and friends they so enjoyed entertaining. Peggy also enjoyed painting, both oil and watercolor, and many of her paintings decorate their home. She and Bill had a lifelong love of theater and music as well.

Peggy was predeceased by her son Robert and her siblings George, John, Joseph and Mary. She is survived by her husband, William J. Neill of Westfield NJ, her children and their spouses, Marguerite (Sam McQuaid), William (Barbara Morse), James (Shirley) and Rosemary (Joe Burgess), daughter-in-law Sheila Millar and seven grandchildren (Peggy and Sam McQuaid, Connor Neill, Eleanor Neill, Mary Kate, Anne and Molly Burgess). Her family and lifelong friends all cherish the memory of Peggy's unique blend of determination, energy, kindness and compassion.