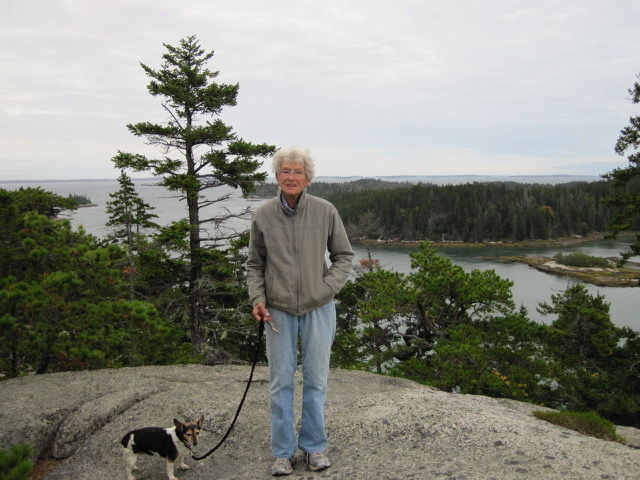 Born Marion Brooks Huggins, on July 29, 1934 to Elise and Gordon Huggins. Known to her friends and family as Ann or Annie, she grew up in Concord on Westford Road with her sister, Christina Huggins and her brother, Kenneth Huggins.

Ann held a variety of positions including housecleaner and nurse's aide, eventually studying for and getting her real estate broker's license. With this new skill, she joined Peter Flagg Real Estate in the late 1970s. In 1981, she and her friend, Brigitte Senkler of Carlisle, Mass. founded the real estate firm Senkler & Associates in a tiny two-room office over the Colonial Stores on Main Street in Concord. Mrs. Brace managed the office and worked there for 19 years until she retired in 2000.

Ann grew up riding and caring for horses, competing in riding shows and events in Concord and the surrounding area. Well into her adult life, she owned and rode a 15-hand Connemara pony named "Guinness". As a child, she spent her summers on Mouse Island in the Boothbay Harbor Region of Maine. She loved being on, in, and near the ocean. Ann also loved vacationing in Wauwinet on Nantucket Island. In retirement, she purchased a small cottage with an ocean view and five acres on Vinalhaven Island, Maine. She spent spring and summer there with her family and friends. Vinalhaven, with its welcoming year-round population, became Ann's version of heaven on earth. She loved getting to know the island's residents and exploring conservation land and shorelines around the island.

She loved and supported the Christmas Revels at the Saunders Theatre at Harvard University, the Island Institute of Rockland, Maine, the Vinalhaven Land Trust, the High Mountain Institute of Leadville, Colo. and the Massachusetts Audubon Society to name just a few. Ann was an ardent volunteer for several organizations including the Junior League of Boston, Mass. during her teens, Trinity Episcopal Church's Open Table and for the Ivan Calderwood Homestead on Vinalhaven, Maine. Ann was also an avid backyard birder who maintained many bird feeders. She owned numerous Jack Russell Terriers and had always had a cat or two.

Family and friends will gather to honor and remember Ann on Saturday, October 2, 2021 at 10:00 am in Trinity Episcopal Church, 81 Elm St., Concord, MA.