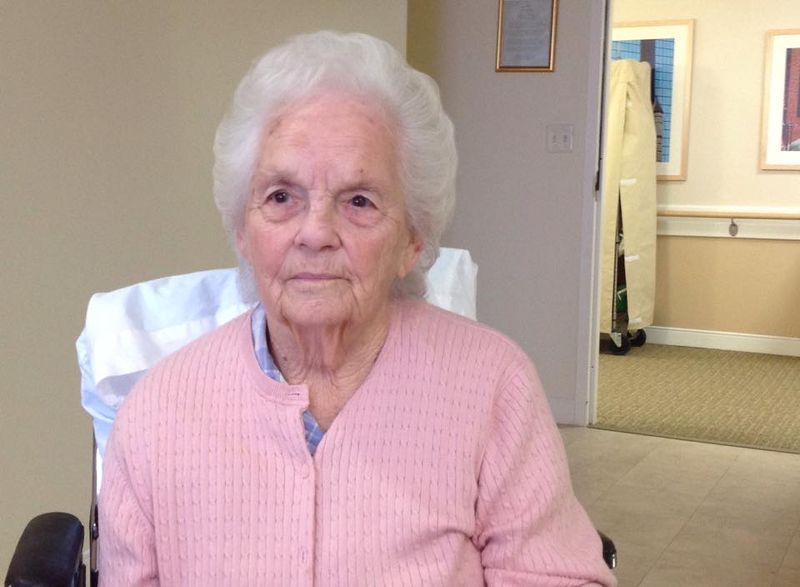 Mrs. Roberts graduated from Medford High School in Medford, Massachusetts in 1938 and then received an R.N. degree from Symmes-Arlington School of Nursing in Arlington, Massachusetts in 1940. She was a long-time member of the First Congregational Church of West Brookfield, Massachusetts and in later years regularly attended the Trinitarian Congregational Church in Concord, Massachusetts. While living in Plaistow, New Hampshire, Mrs. Roberts established and ran the first school lunch program at Pollard Elementary School. After moving back to Massachusetts in 1957 she became active in Girl Scouts of America, serving as a troop leader and regional coordinator for many years. She also served on the West Brookfield School Committee and Quaboag Regional School Committee for almost 20 years. Her contributions to the West Brookfield Congregational Church were many: she was both President and Treasurer of the Martha Guild, Superintendent of the Sunday School, and chair of the annual Flea Market. She was active in organizing many Red Cross blood drives in both New Hampshire and Massachusetts. She worked for several years as an R.N. at the Weight Loss Clinic in Worcester, Massachusetts. After retiring in 1990, she conducted monthly blood pressure screenings at the Senior Center in West Brookfield, and, after moving to Concord in 1997, volunteered in the infusion room at Emerson Hospital where she was honored as a 500+ hour volunteer.

She was a tireless volunteer for church and civic activities throughout her life and was happiest when surrounded by members of her large and loving family. Her children will always remember her as a model of independent thought, determination and devotion to family, church and community. She was always delighted to be around children, especially her grandchildren who adored and admired her. She was deeply loved and will be sorely missed.

Family and friends gathered for Marion's life celebration on Wednesday, November 26, 2014 at 11:00 am in the Trinitarian Congregational Church, 54 Walden Street, Concord.

Gifts in her memory may be made to:
The First Congregational Church of West Brookfield
36 North Main Street
West Brookfield, MA, 01585
or
The Girl Scouts of Central and Western Massachusetts
81 Gold Star Boulevard
Worcester, MA, 01606.