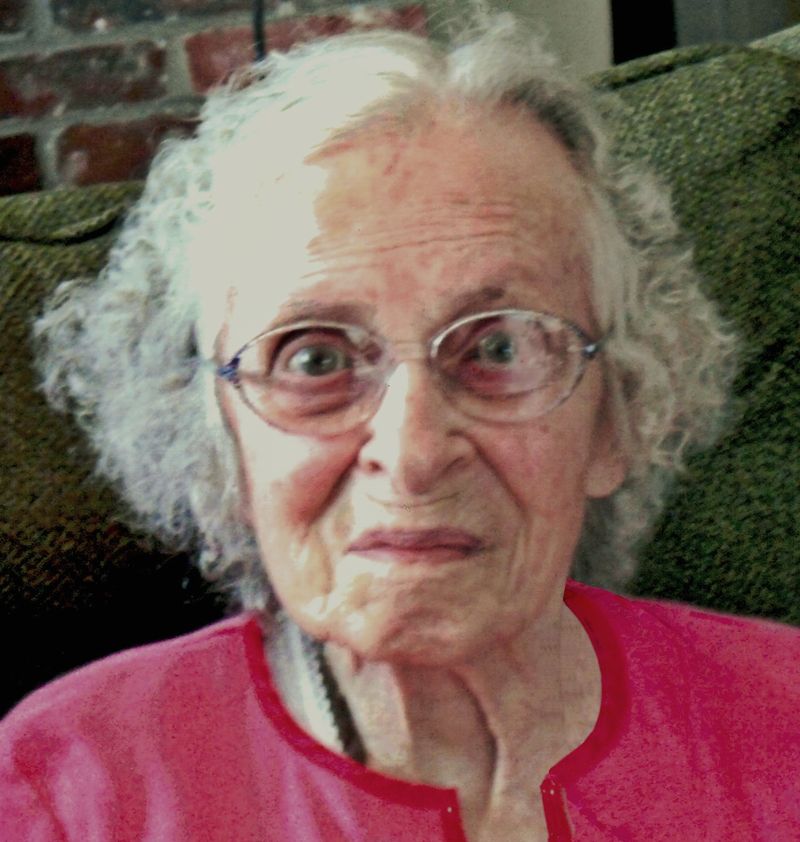 Marjorie Norma Burditt Striker, formerly of Lincoln, passed away peacefully at her home in Acton, MA. She was born in 1920 in Wakefield, MA to Nathalie Cox Burditt and Roland E. Burditt, both of Wakefield. She attended the Wakefield Public Schools, finishing high school at age 16 and graduating from Middlebury College, class of 1940. Marjorie received a Masters in American Literature from Radciffe College, while teaching returning veterans at Tufts University. Her first teaching position was in Crown Point, NY, then Amherst, MA High School. She also taught at Russell Sage College, Concord Academy and finally Lincoln Sudbury Regional HS, retiring at age 68 in 1988.

She was a member of the Lincoln League of Women Voters, volunteered with the Red Cross, and was a founding member of the Lincoln Sudbury Regional HS METCO program in 1968. She had a lifelong interest in social justice and was honored for her 17 years as a facilitator in the Alternatives to Violence program at the men's and women's prisons in Lancaster MA.

She loved writing, reading, transcribing family letters and was a close observer of interactions, whether human or among the birds and squirrels outside her windows. Marjorie was a loving Grandmother, happily involved in all her grandchildren's lives.

She is survived by her brother John Burditt and his wife Claire, of Castleton, VT, her four daughters Nancy Henderson of Lincoln, MA, Christina Parker of Newton, MA, Louisa Damiano of Sterling, MA and Ellen Raymond of Billerica, MA, and their husbands James Henderson, Richard Parker, Steven Damiano and Joshua Raymond. She is also survived by her former husband, William W.Striker, of W. Melbourne, FL. Her sister Patricia McGregor predeceased her. Her grandchildren are Alexandra and Matthew Henderson, Julius, Isabelle, Charles and Louisa Parker, Anthony and Marcel Damiano, and Emily Raymond.

In lieu of flowers, donations may be made to:
Concord Prison Outreach
P O Box 383
Concord MA 01742