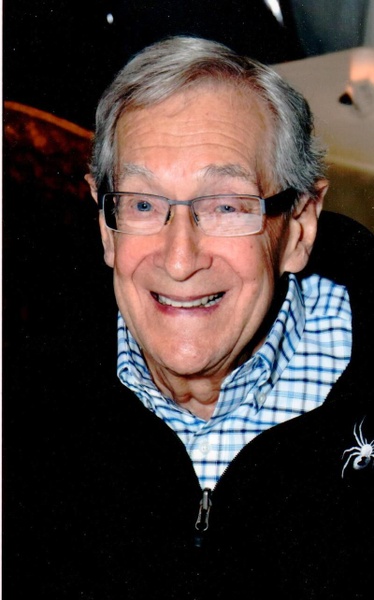 Martin was born in Vienna, Austria, on June 16, 1928, to Hans Friedenfeld (John Field) and Dorothea Merdinger Friedenfeld (Field.) In 1938, as Hitler's armies moved into Austria, ten-year-old Martin was put on a train that traveled to Belgium. From there, he boarded a boat to England, then was taken by a family friend to the Stoatley Rough School in Hazelemere, Surrey, where he spent the WWII years (1938-1945) with other German-speaking refugee children.

He rejoined his parents and little sister, Lisa, in New York City in 1945. He graduated from Queens College, and received an MA in Sociology from Western Reserve University in Cleveland. After four years in the US Air Force and a stint with the Rand Corporation in California, Lt. Owens with his wife, Jane Passant, and their five children settled in the Boston area, where he worked at the Mitre Corporation in Bedford, MA, as a systems analyst and international standards officer. He retired in 2001. He has lived in Arlington, Concord, Acton Carlisle and most recently, Stow.

Martin was athletic. He called himself an "aging jock" after he reached sixty, and was most happy when he could ski or sail. He taught skiing well into his 80's at the Nashoba Valley Ski Area and skied the Western Rockies and the Alps as well as many New England slopes. He met his second wife, Barbara Kirk Wolfenden, in Concord over twenty-five years ago and they became a very happy couple. For many years, he and Barbie sailed a 32-foot Erickson sloop in Buzzard's Bay and into many New England harbors. They were members of the Charles River Sail and Power Club where Martin served as Commander and Education Office for many years. Martin and Barbie also sailed with the Blue Water Sailing Club.

Martin supported Boston cultural groups such as the Boston Philharmonic orchestra, the Boston Lyric Opera, and Boston Baroque for many years.
He is survived by his wife, Barbie Wolfenden, and his sister, Lisa Field Salz of Woodcliff Lake, New Jersey. Martin is also survived by his five children, their spouses and children: Joan Deborah Owens of Barnstable, MA; Peter Owens and his wife Carolie Chapman Owens of Portsmouth, NH; Suzi Owens Friedenfeld Jackson and her husband Andy Jackson of Tuscaloosa, FL.; Ethan Owens and his wife Stephanie Keene, Buxton, ME; and Emily Owens Bachand and her husband Allen Bachand of Harwich, MA.

Family and friends will gather to honor and remember Martin on Sunday, February 25 at 2:00 pm in the Concord Funeral Home, 74 Belknap St., Concord.
Visitation at the funeral home from 1:00p.m. to 2:00p.m.