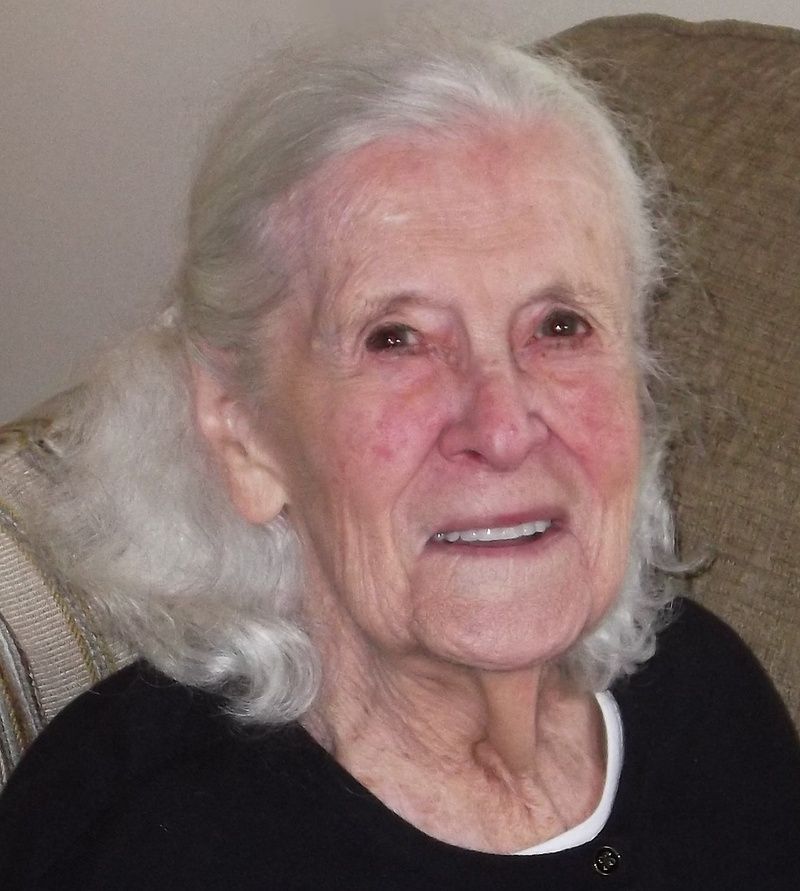 Mary F. (Diniz) Giusti, 91, of Concord, died unexpectedly on Tuesday, May 3, 2022 at Emerson Hospital, with her daughter Deborah-Ann Giusti by her side. Mary was the daughter of the late Sebastiao "Sebastian" Antunes Diniz and Maria "Mary" (Freitas) Diniz, and was the wife of the late Alfred Giusti, who died in 2011.

Born in Marlborough, MA, when Mary was seven years old, she and her family moved to a farm in Berlin, MA. Mary was a graduate of Hudson High, class of 1950, and the School of Household Nursing Association (later the Shepard-Gill School of Practical Nursing), class of 1953, where she studied to become an LPN. Mary did her training at Emerson Hospital in Concord, and it was there where, through her fellow trainees, she met her husband, Alfred Giusti. Mary and Alfred wed in 1953, and remained dedicated to one another until his passing. Mary was fond of telling the story of their wedding. They were the third couple to be married at St. Joseph's Chapel in Berlin, and because the chapel had only recently been consecrated, the priest would not allow them to kiss at the altar.

As a young adult, Mary's first job was pumping gas at the Wheeler's general store in Berlin (now the site of the local post office). She also worked in quality control at an area box factory, until impacted by a last hired, first fired policy. Although it stung, it became the impetus for her to enroll in nursing school. Following graduation, her LPN duties were mostly in private practice, caring for the elderly and newborns. Mary loved babies and could not wait to become a mother herself.

After marriage, Mary devoted her time to her new family. Helping her husband and in-laws build a cottage in Windsor, New Hampshire where the foursome spent their summers fishing, boating, and entertaining friends. After many years, the couple finally became parents. Mary was a wonderful mother, always there to provide love and support. The best hugger. And when the grandchildren arrived, she doted on them as well, spending hours caring for them when they were young. She couldn't have been more proud, even liked the tattoos.

Mary was an avid reader, and would often while away the day reading her favorite novels. She was also a great lover of music, of all kinds she would say, but her favorites had a lively beat. She kept programs from every concert she attended these last twenty plus years. Although not a keen gardener, Mary appreciated the beauty of flowers and enjoyed visiting botanical gardens throughout the northeast, from Maine to Delaware. She also enjoyed being near water; whether a river, lake, or the sea, it did not matter. After a pandemic induced hiatus, she and Deborah-Ann were looking forward to resuming their travels this year.

Besides their daughter, Deborah-Ann, the couple had two other children Joseph and Carol, and three granddaughters: Megan, Mallory, and Stephanie. Mary is also survived by several nieces, nephews, and cousins. In addition to her parents and husband, Mary was preceded in death by her beloved sister, Flora Leveille, and brother Joseph Diniz, as well as her two great-granddaughters, Daisy and Shelby.

Mary was the last of her generation in the family, and leaves a large hole in the hearts of those who loved her. She will be forever missed: a kindhearted woman, with a warm smile.

Deepest appreciation to the caring nurses, patient care technicians, and doctors at Emerson, who made every effort to save her life and when all hope was lost, made her passing as gentle as possible. Her daughter is grateful to the kindness shown to them both during such a difficult time.

Family and friends are invited to gather and honor Mary for her funeral mass on Monday, May 9, 2022 at 10:00 am at Holy Family Parish, Monument Square, Concord Center, Concord, MA. Burial will follow at St. Bernard's Cemetery, Concord.

Although Mary would love for there to be loads of flowers at her funeral, she was also interested in making a lasting impact. If desired, donations may be made in her name to the Concord Free Public Library, 129 Main Street, Concord, MA 01742 www.concordlibrary.org - perhaps earmarked for the purchase of large print fiction.