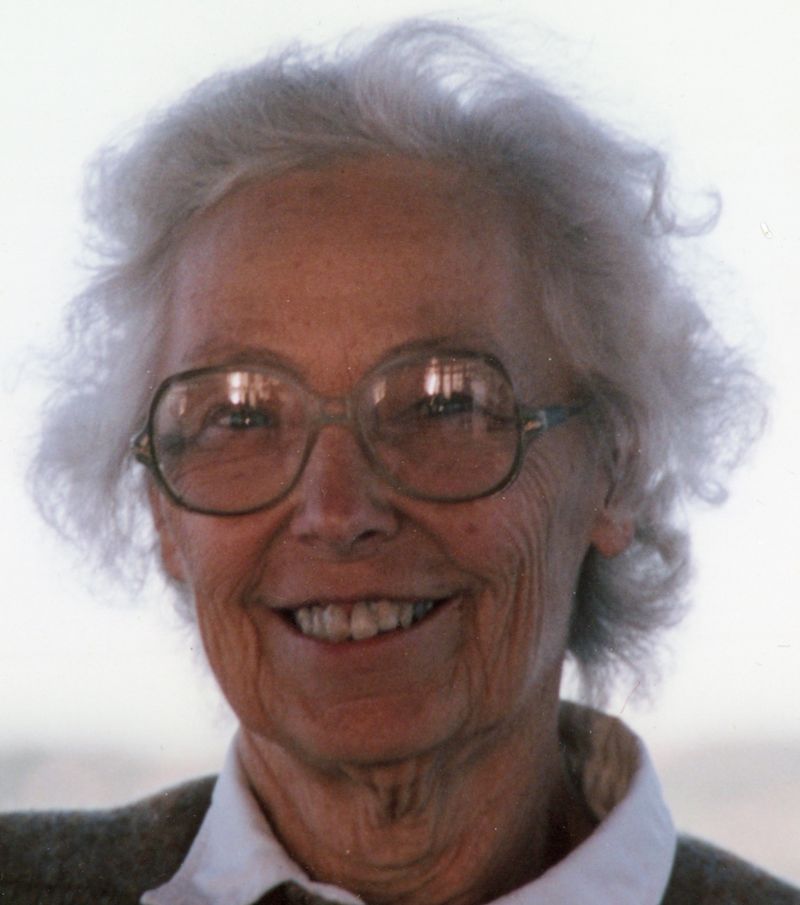 Mary was born in Stamford, CT on April 1, 1923, April Fool's Day, yes, but also Easter Sunday. She was the daughter of Robert Tuttle Morris (a noted surgeon, naturalist, and author) and Mary Hannah Best. Her grandfather, Luzon B. Morris, was a past Governor of Connecticut.

Mary spent her childhood at Merribrooke, along the Mianus River in Stamford. She attended the Low- Heywood School in Stamford. She graduated from Vassar College in 1944, and got her MA in Geology from the University of Michigan. She married Eugene H. Walker in 1947, and they had three children. Together as a family, they lived in Louisville, KY, Iowa City, IA, Boise, ID, and then Concord, MA. In Idaho, Mary was active in PTA, Girl Scouts, Boy Scouts, and AAUW. The family enjoyed years of skiing, camping, and traveling.

In 1968 they moved to Concord, MA. Mary got a degree in library science from Simmons College (1971) and then worked part time at Habitat Institute for the Environment in Belmont. From 1973 through the end of her life, she was a dedicated volunteer at the New England Wild Flower Society (NEWFS) in Framingham, developing and running a botanical library collection. In 2011, a reading room at NEWFS was named in her honor.

Mary was actively involved in the Thoreau Society since the early 1970s. She led group expeditions to the White Mountains and hosted many local visitors. She was also a long-time member of Trinity Episcopal Church in Concord.

Mary was also very involved in the Appalachian Mountain Club. She served on the library committee for many years, and on the hut naturalist program; she treasured her experiences in the White Mountains. She joined the New England Botanical Club in 1971, served as corresponding secretary for several years and was elected vice-president then president for a 2-year term. Women had not been admitted to the club until 1969, and Mary served as the second woman president. She was particularly proud of their recognition of her activity as an amateur botanist in an essentially professional academic organization.

In retirement years, Mary and Eugene enjoyed many travels to places such as Newfoundland, New Zealand, Europe, South America, and many other places. A favorite destination was the Carribbean island of Anguilla. Mary and Eugene traveled to Anguilla for many years and developed deep relationships with the people of Anguilla. Mary studied the plants on the island and was the founder of the Anguilla Flora Project; she received recognition for this in 1999 from the Anguilla National Trust.

Mary is the author or co-author of numerous botanical publications, including "A Guide to Common Plants of Anguilla," "The Vegetation of Anguilla," and "Native Plant Societies of the United States and Canada."

Mary was the beloved wife of Eugene H. Walker, married for 55 years, until his death in 2002. She was the beloved mother of Arthur M. Walker and his wife Barbara of Concord, MA; Cynthia W. Gray and her husband Ned of Waterbury Center, VT; and Pamela M. Walker of Syracuse, NY; and grandmother of Mary Rosa Morris-Walker of Syracuse, NY. She is also survived by many other dear relatives and friends.