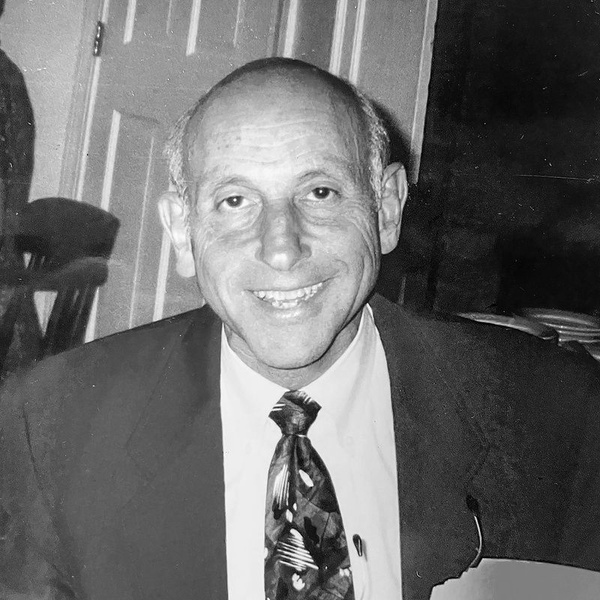 Michael also leaves behind his brother- and sister-in-law Dr. Richard and Ilene Stellar, brother-in-law Dr. George Blumental, nieces Nina Wolpert and Deborah Cohen, and nephews John and Jeff Rosenberg, David and Michael Blumental, and Daniel Stellar; as well as many beloved grand-nieces and nephews. Michael was pre-deceased by his parents Saul and Celia Robinson, his sister Eleanor Hozid, his sister-in-law Carol Blumental, and brothers-in-law Phillip Rosenberg and Joseph Hozid.

Michael graduated from Lawrence Academy (1956) and from Middlebury College (1960), where he was a member of the Zeta Psi Fraternity. After receiving his Doctor of Medicine from Tufts University Medical School in 1964, Michael spent his internship and residency at the Boston Floating Hospital for Children where he pursued his passion in general pediatrics. From 1967-1969, Michael was enrolled in the US Army, where he was stationed at Madigan Army Medical Center in Tacoma, Washington. He was honorably discharged in 1969 with the rank of Major.

After returning to the Boston area, Michael joined Sudbury Pediatric Associates in 1969 as a partner, where he would work until his retirement in 2005. As a faculty member of Harvard Medical School, his practice was affiliated with Framingham Union Hospital, where he loved seeing patients and teaching interns and residents. He derived great happiness from seeing his patients grow to adulthood, and then them bringing their children to him as patients.

Throughout his life, Michael and Amy loved to travel, from Europe to Asia, the Galapagos Islands to Antarctica, throughout Central and South America, and all around the United States. He and Amy made a commitment to visit as many national parks as possible, but regularly found themselves returning to the Southwest and Pacific Northwest. As much as Mike enjoyed visiting new locations, he was extremely happy busying himself in his gardens; pruning flowers or picking vegetables, many of which were shared with family, friends, and neighbors. When the weather started to turn, Michael could regularly be found relaxing at the Boston Symphony or perusing an art exhibit with Amy at one of many local museums. Trips to Ogunquit, Maine or Middlebury, Vermont were amongst the favorite destinations for frequent short getaways.

Both during his working years and retirement, Michael enjoyed giving back to the community. He was active at both Lawrence Academy where he was a member of the Board of Trustees, and acted as both a class agent and performed alumni interviews for Middlebury College. In retirement, Michael enjoyed giving tours at Garden in the Woods of Framingham, Massachusetts, and acted as the caretaker for the Hopbrook Marsh conservation area for Sudbury Valley Trustees.

Perhaps after all is considered, there was no greater love for Michael than his family. His loving support of his parents throughout their lives was without boundaries. He was the uncle to whom his many nieces and nephews regularly sought for advice and comfort. Michael's devotion to his wife Amy was unrivaled, and they had almost 58 fantastic years together. He was a wonderful father and role-model for Carl, never missing an important event, always present with sage advice, and regularly making the journey to far off reaches, no matter where Carl happened to be living at that time. He was extremely welcoming when Stacey joined the family, and his joy soared to new levels when his grandson Sawyer was born. There seemed to be no happier time in his life than the time that he spent with his grandson, watching the world through his eyes, introducing him to his love of gardening, reading, nature, and chess. That presence, and his ever compassionate and generous approach to life will be sorely missed.

Family and friends will gather for a period of visitation on Sunday, May 22, 2022 from 3:00-6:00 pm at the Concord Funeral Home, 74 Belknap St., Concord. Scattering of Michael's cremains will be private.

In lieu of flowers, donations may be made in Mike Robinson's name to Native Plant Trust (formerly Garden in the Woods) in Framingham, MA (www.nativeplanttrust.org) or Sudbury Valley Trustees (https://www.svtweb.org/)