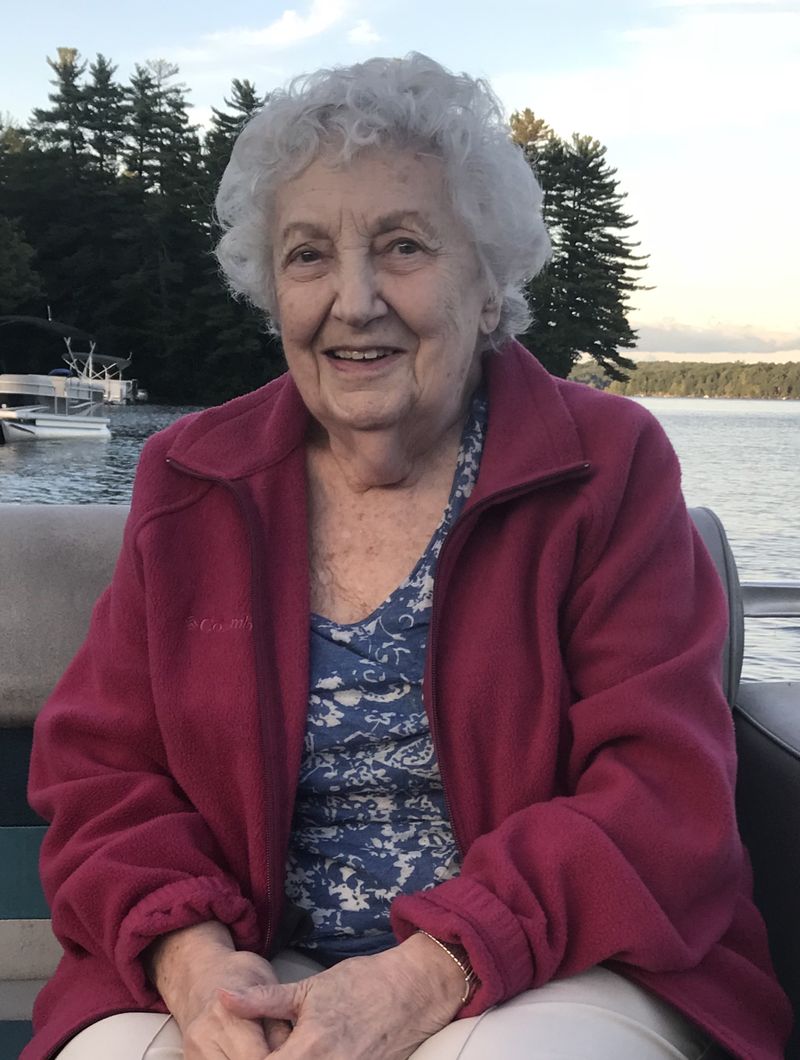 Gifted with a compassionate, generous nature, she nurtured lifelong friendships, knitting together families that celebrated holidays, joyous occasions and also grieved together.

Like many women of her generation, she began working after her children enrolled in elementary classes. She taught nursery school at the Oliver Kaufmann Playschool on Bellefield Avenue in Oakland and later at the Irene Kaufmann Center in Squirrel Hill. She was a longtime member of Rodef Shalom Congregation in Oakland and also taught in its nursery school.

Mrs. Schaffel, 95, died of complications from Covid-19 on April 12 at Mount Auburn Hospital in Cambridge, Mass.

Born Miriam Glassner in Pittsburgh on Feb. 17, 1925, she grew up with her older brother, Leonard, nicknamed "Onnie," on Nicholson and Bartlett Streets in Squirrel Hill. She was educated at Colfax Elementary and Allderdice High School.

Mrs. Schaffel stood 5 feet tall, had black hair that turned silver and a flair for dressing well. Her parents, Harry and Anna Glassner, ran a ladies dress shop on the city's North Side. During the early 1940s, she worked as a comparison shopper at Gimbels in Downtown Pittsburgh.

In 1946, she earned a bachelor's degree from the University of Pittsburgh, where she studied education and finished the school's retail training program, which aimed to professionalize merchandising. In 1948, she married Edgar "Bud" Schaffel, a carpet salesman and avid gardener.

Initially, the couple lived on South Highland Avenue in Shadyside, then bought a rowhouse with a corner lot and patio at Hastings Street and Denniston Avenue in Squirrel Hill. "They had two little girls around the same age as our girls," said Gene Dickman, of Oakland. "We would walk our buggies and our kids up and down the street. She was warm and loving and kind. We became very close. We really became a family," Mrs. Dickman added.

One of Mrs. Dickman's daughters, Jody, said her Aunt Miriam invited everyone to her home.

"It was like I had two more sisters to enjoy in a bigger family," Jody Dickman said, adding that the Schaffel house was where neighborhood children gathered to play, snack and eat meals.

"She was one of the helpers to all the kids in the neighborhood. I had a joyful childhood with an extra mom," said Jody Dickman, who played at the Schaffel home with her sisters, Terry and Cathy.

Mrs. Schaffel loved entertaining small groups of friends during casual dinners that began with cocktails. She devoted much of her energy to caring for her family, close friends and a long parade of cats.

In 1987, the Schaffels and Dickmans began gathering for Thanksgiving and a family reunion at Nemacolin Woodlands Resort in Western Pennsylvania. Mrs. Schaffel's brother, Leonard, expressed his gratitude to the Dickmans for hosting the holiday. Each year, he read aloud some lighthearted, meaningful verse that he wrote especially for the occasion.

His sister, Miriam, shared that talent. "Miriam wrote clever poetry for special occasions. She would put her thoughts in rhyme and they were funny," Mrs. Dickman said.

In 1999, Mrs. Schaffel and her husband moved to The Bristol, a cooperative building in Oakland. The couple built close relationships with their grandchildren, Aaron and Hannah Belson, who grew up in Brookline, Mass. The couple often traveled from Pittsburgh to babysit their grandchildren during school vacations.

"Her crowning achievement was in being a grandmother," said her daughter, Margie Schaffel, of Brookline, Mass.

"I was particularly touched by the way she stepped up to the challenge of being a grandmother to a granddaughter born with developmental challenges," Margie Schaffel said.

Aaron Belson, 33, of Durango, Colo., said his maternal grandmother "had a way with candy."

When he was a boy at summer camp in Maine, she sent him letters with teddy bears.

"When I was at summer camp, parents weren't allowed to send candy. She took teddy bears and made a small incision, took out the stuffing and filled it with candy. Then she sewed it back up." The letter contained a clue about the teddy bear's cargo.

After Mr. Belson and his wife, Ashley, met in Durango, Colo., Mrs. Schaffel gave the couple a white water raft, which they christened "The Matriarch," in her honor.

To celebrate her 90th birthday, Mrs. Schaffel treated her family members to a river cruise of the Bordeaux wine region in France. From 1994 through 2004, the Schaffel family vacationed each February for 10 consecutive years in Captiva, Fla. The Schaffels also gathered together during the summer in the lakes region of Maine.

Jody Dickman called her Aunt Miriam, "an adventurer. She had a great spirit. She loved being around people. She was always ready to go out and do."

At age 92, Mrs. Schaffel moved to Boston, Mass., to be closer to her two daughters and sons-in-law, who she considered her sons. Mrs. Schaffel's family is especially grateful to the caring, respectful staff members of The Commons in Lincoln, Mass.
.
Mrs. Schaffel's husband, Edgar, died in 2003 and her brother, Leonard, died in 2012. She is survived by two daughters, Margie Schaffel of Brookline, Mass, Jane Pace of Danvers, Mass. and two sons-in-law, Peter Belson of Brookline, Mass. and Jack Pace of Danvers, Mass. Also surviving are her grandson, Aaron Belson and his wife, Ashley Delehunt, both of Durango, Colo. and a granddaughter, Hannah Belson of Great Barrington, Mass.

Due to the pandemic, a memorial service will be held in Pittsburgh at a later date.

The family requests memorials to the COVID-19 relief fund of The Pittsburgh Foundation at https://pittsburghfoundation.org/emergency-fund-release or to The Pittsburgh Foundation, Five PPG Place, Suite 250, Pittsburgh, Pa. 15222 or the Massachusetts COVID-19 Relief Fund, care of Foundation for Business Equity, 265 Franklin Street, Box 304, Boston, Mass., 02110 or make an online donation at: .https://www.macovid19relieffund.org/

Contributions also may be made to Community Access to the Arts, 420 Stockbridge Road, Suite 2, Great Barrington, Mass., 01230 or visit www.cataarts.org