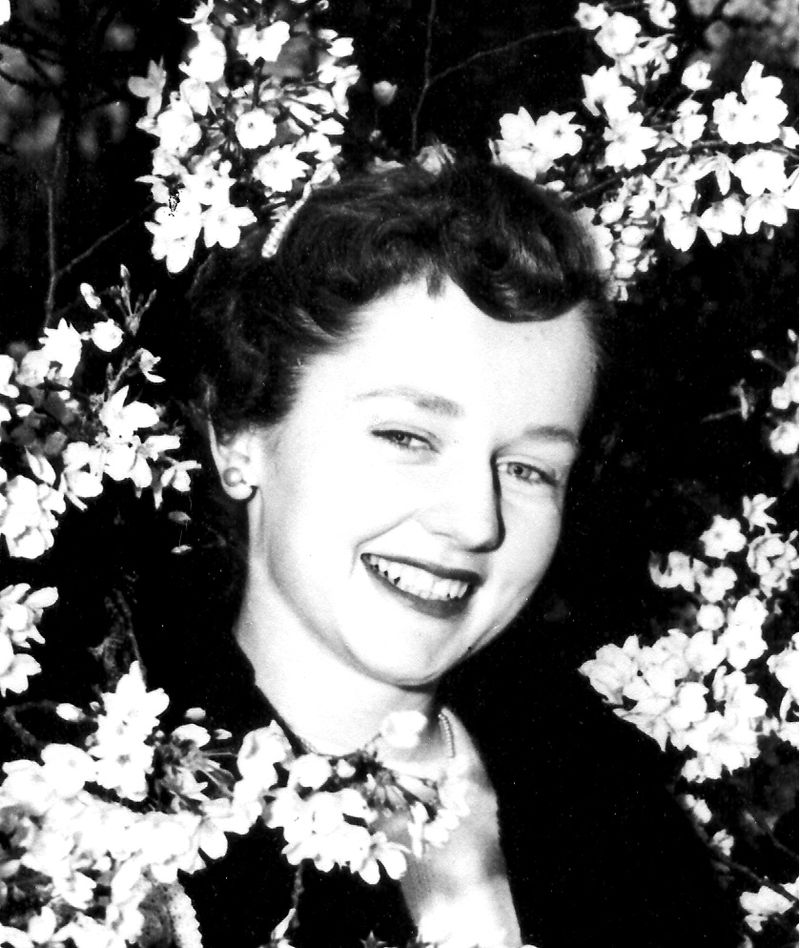 Miriam Norma Noneman Vrablik (Mimi) passed away quietly and comfortably on July 28th, 2012, after a long battle with Alzheimer's.

Mimi was born in Washington DC on March 13th, 1932, to Miriam and Harold Noneman. She liked to remind everyone that the day she was born was Friday the 13th. She grew up in Pelham NY with her brother Frank, and graduated from Marjorie Webster Junior College in Washington DC. in 1954. While in college, she was chosen to be New York's princess for the 1953 National Cherry Blossom Festival.

In June of 1955 she married George Vrablik who was the college roommate of her brother Frank. They lived briefly in Waltham MA, before settling in Wayland MA, where they raised their family and lived for 36 years.

In addition to raising her 3 children, Mimi enjoyed singing, music, art, antiques, history, and had a great love of dogs. She loved her trips to the MFA and her outings with her friends. She also treasured her time alone, enjoying reading and projects.

Mimi is predeceased by her husband George Vrablik (2001) and her brother Frank Noneman (2009).

Interment and a memorial gathering will be private.

In lieu of flowers, contributions in her memory may be made to the American Society for the Prevention of Cruelty to Animals, at www.aspca.org.