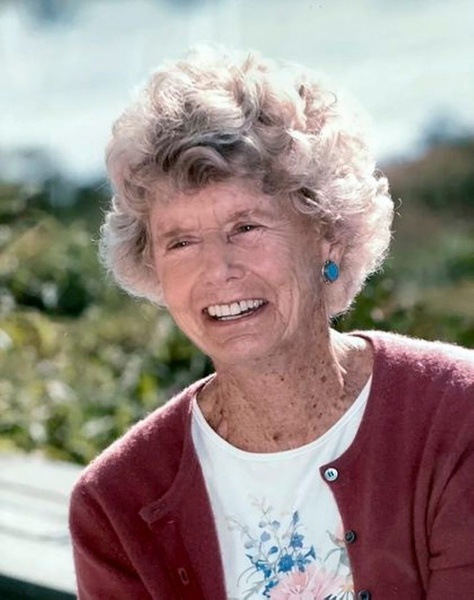 Nancy Bush Ellis was born into a family that became a Republican dynasty, stretching for four generations, and the thrill of being in the front row as history unfolded never lost its luster.

"I sit in my seat and listen to some of the speeches," she wrote in a 1988 Globe essay, after attending the Republican National Convention in New Orleans, where her brother George Herbert Walker Bush became the party's presidential nominee.

"Boring,' people say around me. 'This is pretty dull,' " she wrote. "Not to me. I am a delegate who will vote to elect my brother the Republican nominee for president of the United States of America. Nice going, Bro.' "

An able and tireless campaigner for her brother and nephews, Mrs. Ellis died Sunday in the Concord Park senior community in Concord of complications related to COVID-19. She was 94 and had previously had lived in Lincoln and on Beacon Hill, along with spending time at her family's compound in Kennebunkport, Maine.

The daughter of a US senator, the sister and aunt of presidents, and the aunt of a Florida governor, Mrs. Ellis traveled to many states for her relatives' campaigns.

"Any place you want me to come and speak on behalf of my brother, I'll be there," she told The New York Times in August 1988, during George H.W. Bush's successful presidential campaign.

She did much the same for her nephew George W. Bush's Texas gubernatorial and presidential campaigns. "My favorite aunt," he would say. "George, I am your only aunt," she would chide.

Mrs. Ellis also campaigned for her nephew Jeb Bush, when he was elected Florida's governor. A great-nephew, George P. Bush, has been elected to be a land commissioner in Texas.

And while her relatives were Republicans, Mrs. Ellis had been a Democrat for many years.

"I remember 41 would say, 'Here's our political black sheep,' " Jon Meacham, who wrote "Destiny and Power," a biography of George H.W. Bush, said of her brother, the 41st president.

Though her views were strongly held, family was more important. Mrs. Ellis and her brother George were particularly close, as was clear from a passage in her Globe essay about the 1988 GOP Convention.

"If I wrote 5,000 words, I could not express adequately how I felt, listening to that speech," she wrote of watching her brother accept the nomination.

"But three words — I am content," she added. "I am content that at last the country sees my brother for the brave, fair, wise, compassionate, calm, deep, funny man that he is."

Afterward, she wrote, as she and George were part of a small gathering, he sought her opinion of his speech: "He reaches out, and puts his arm around my shoulder, and pulls me to his side, and says, 'And how did my little sister like it? Was it OK, Nance?' "

Born in Greenwich, Conn., on Feb. 4, 1926, Nancy Bush was the only daughter of Dorothy Walker Bush and Prescott Sheldon Bush, a banker who served as a US senator from Connecticut.

The third of five children — between sets of older and younger brothers — Mrs. Ellis grew up competitive, asking (often futilely) to participate in her brothers' ballgames.

"I had two older brothers. They teased me mercilessly," she told the Globe in August 1984, when her brother was running for reelection as vice president, alongside President Ronald Reagan.

George H.W. Bush once wrote for the Greenwich Time newspaper: "Every mother has her own style. My mother's was a little like an Army drill sergeant's. Dad was like the commanding general, make no mistake about that, but mother was the one out there day in and day out, shaping the troops."

Meacham, a Pulitzer Prize-winning historian, said Mrs. Ellis "was very much her father's favorite, and very much her mother's daughter as well. My sense is that there was an innate impulse to serve, to treat everyone with dignity."

And there was determination. Like her mother, Mrs. Ellis was a fierce competitor, particularly on the tennis court, as was the case once when she and her mother played doubles with magazine magnate Henry Luce and his wife, Clare Boothe Luce.

Mrs. Ellis was paired with Henry, who told her to call out or he'd simply run over her going for the ball. "Her memory of that afternoon was that she kept calling out, 'Mine, Mr. Luce, mine,' " Meacham said.

She studied English at Vassar College, graduating in 1946 — the year she married Alexander Ellis Jr., who was known as Sandy. A decorated World War II combat veteran and a Yale University graduate, he was an insurance executive, first with Fairfield & Ellis in Boston, then with Corroon & Black.

They settled in Concord, where she raised their daughter and three sons, and the family later moved to Lincoln. After Mr. Ellis died in 1989, at 67, she moved to Beacon Hill.


"She created this wonderful new life for herself," said her daughter, Nandy Ellis Black of Maynard, who recalled her parents' vibrant social life, entertaining guests at home.

"My bedroom was right over the living room in our house in Concord," she said. "I would fall asleep to the sounds of Ella Fitzgerald and Frank Sinatra singing, and the happy laughter of my parents and their friends."

Through much of her adult life Mrs. Ellis volunteered with United South End Settlements, Kodaly Music Institute in Somerville, the Massachusetts Audubon Society, and the NAACP Legal Defense Fund.

When her brother was president, she told the Globe in 1989, if "he asks for advice, I'm delighted to give it, but he knows where I stand on things."

Mrs. Ellis also "played piano beautifully," her daughter said, and was a subscriber to the Boston Symphony Orchestra, the Boston Lyric Opera, and the Boston Ballet.

A dedicated reader and a lover of poetry, Mrs. Ellis could quote from Shakespeare's sonnets, or summon lines from Emily Dickinson's poems if an occasion spurred a memory.

"She was extraordinarily literate," said her son Alexander Ellis III of Boston, who is known as Hap. "All four siblings would agree, she was the best-read person we knew in her heyday."

Though Mrs. Ellis spent time campaigning with presidents and governors, she didn't mind poking fun at the celebrity status that conferred.

At the 1988 Republican National Convention, after her brother was nominated, she wrote in the Globe that she "became more and more brazen, telling everyone I see that I am Nancy Ellis, the vice president's sister."

Many asked if she would mind posing for a photo: " 'I'd love it,' I say, and I spring forward and put my arm around waist after waist. Now, as I write, I get the giggles thinking of these people getting their film back and looking at their snapshots and thinking, 'Now who in the world is that woman with you, Mabel?' "

A service in Lincoln will be announced after restrictions on public gatherings are eased.

Donations in her memory may be made to:
United South End Settlements
Uniting Community to Strengthen Families
48 Rutland Street
Boston, MA 02118
www.uses.org