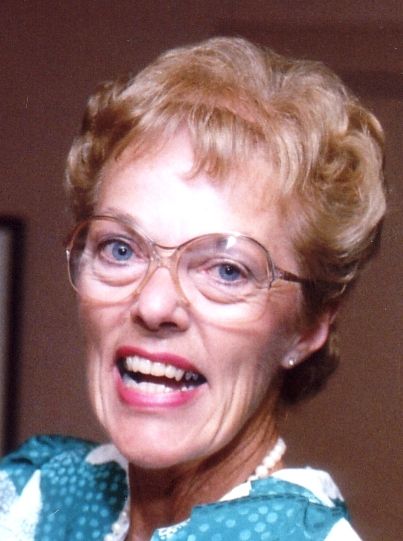 Nancy Libby Peterson of Naples, Florida and West Gardiner, Maine, died on November 9th in her daughter's home in Concord, Massachusetts. Her husband of 60 years, Karl F. Peterson, was at her side, and she was surrounded by the love of her family.

She faced mesothelioma with the same courage, grace and strength for which she was known throughout her life.

The daughter of the late Horace Kezar Libby and Helen Zoa (Whiteman) Libby, she was born in Portland, Maine in 1929.

Mrs. Peterson graduated from Connecticut College in 1951 with a Bachelor of Science degree in Economics. In August of that same year she and Karl Peterson were married in Portland, Maine. They lived in Boston, Washington D.C. and New York State before settling in Newport, Rhode Island, where they lived for many years.

For 36 of those years Mrs. Peterson was affiliated with the Children's Home of Newport. She first came to that organization as a volunteer in the children's play space. Seeing opportunities to increase the services provided to the children and their families, she took on more responsibilities and championed new programs. From 1968 to 1970 while she was president of the board she orchestrated the merger with Family Service Society, creating Child & Family Services of Newport County. She remained with the new agency taking on many roles including chairman of the board. Today that organization with 275 employees and 300 trained volunteers serves over 5,000 people in the community each year, providing a variety of services including: child care, individual and family counseling, inpatient and outpatient diagnostic and treatment services, supportive housing for homeless mothers, group homes for young people and care management for elders. Thus the agency, now one of the largest social services providers in Rhode Island, has achieved many of the goals Mrs. Peterson envisioned so many years ago.

Her passion for helping others extended beyond her work at Child & Family Services. She was on the Governor's Children's Code Commission. She was also part of the launch team for Newport's Meals on Wheels Program.

Later, she and her husband moved to Naples, Florida. There she was a director on the governing board of her condominium association, and president of the Ladies Golf Association as well as a director of the board of the Moorings Country Club. She was also a member of the Naples chapter of Ikebana International.

Mrs. Peterson's personal interests included traveling, cooking, flower arranging and gardening. After she and her husband retired, they toured extensively, seeing much of Europe, Japan, Southeast Asia, Africa, Australia and New Zealand. Of all of the places she had experienced, her favorite remained Lake Cobbosseecontee in Maine, where she and her family summered every year.

In addition to her husband, Mrs. Peterson is survived by her daughter Patricia Peterson Bentley and son-in-law Kevin Smith Bentley of Concord, Massachusetts, and her two granddaughters, Kathryn and Laura Bentley.

A memorial service will be held in Naples, Florida in January 2012.

In lieu of flowers, gifts in her name may be sent to:
Child & Family Services of Newport County
31 John Clarke Road
Middletown, RI 02842
Web donations: http://childandfamilyri.com/development.html