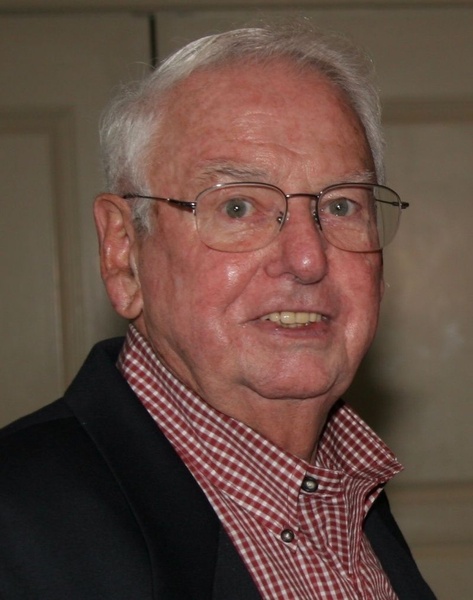 Nicholas W. Lunig of Kittery Point, ME, formerly of Bedford, MA passed away on January 26, 2022, at the age of 94. He was born in Philadelphia, PA on September 28, 1927, the son of the late Nicholas R. Lunig and Margaret (Kelly) Lunig. He was predeceased by his brother William.

During WWII, Nick joined the Merchant Marines and trained in Sheepshead Bay. Following his service there he was drafted into the United States Army where he served in both European and Pacific operations and played baseball for the troops while stationed in Guam. He returned and earned his BS at Lasalle University, PA and later earned his MBA at Northeastern University, MA.

Nick had a successful and rewarding career as a Program Manager and Financial Controller for over 30 years. He began his career at RCA where he was part of the development and installation of the ballistic missile early warning system at both Thule, Greenland and Flyingdales, England. At Raytheon he worked directly with the Air Force, Navy and Japanese defense agencies on multiple radar, missile defense and air traffic control systems.

In 1952, he married the love of his life Carol Greenwood and together they raised four children, traveled the world, including living three years in England. They spent many years in both Bedford and Kittery Point where they were active in the community and made many dear friends. They were married for 62 years, until her death in 2014.

Nick was happiest in Maine. He loved the coast. No matter the destination, the drive had to be the "scenic" route. He was a man with many interests and expertise. He was skilled at gardening, physics, and mathematics. To his grandkids he was known as "Grandfather" and he built them dollhouses, tin soldiers, and gliders. He encouraged them in his love of poetry, having them choose poems to learn and recite.

A Celebration of Life will be held in warmer weather.