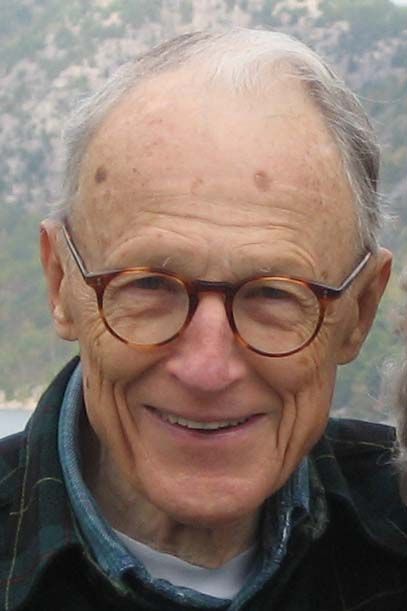 Norman L. Daggett, 91, of Concord and formerly of Lexington, died on August 22, 2012. Born on May 19, 1921 to Harold and Ethel Daggett in Montclair, NJ, he grew up in Barnstable, MA. From early childhood, his engineering bent was in evidence. He became an electrical engineer, receiving a bachelor's degree from MIT in 1947. His college education was interrupted by World War II. He enlisted in the Army Air Corps in 1942 and was sent to Officer Candidate School to train as a radar officer. In the fall of 1943, he was sent to East Anglia, England as a Communications Officer in the 8th Air Corps, serving there until the end of the war. His last station was RAF Tibenham, near Norwich, in the 8th Air Corps 2nd Division, 703rd Bombardment Squadron of the 445th Bomb Group, under then-Captain and Squadron Commander James Stewart, the American film and stage actor. He left the service in November 1945 with the rank of Captain.

After graduating from MIT, Jay Forrester of MIT hired him as a research assistant to work at MIT's Digital Computer Laboratory on Whirlwind, an early digital computer. A short stint at Bell Aircraft in Niagara Falls, NY interrupted his seven years of work at the MIT Barta Building under Mr. Forrester. Many of that group moved out to MIT's Lincoln Laboratory in Lexington, where Norm and two others were in charge of the design of the next computer, the TX0. He worked in several groups at Lincoln Lab, serving for a time as an assistant group leader. Later he worked on orbital tracking of manned spacecraft for Project Mercury and subsequently on Project Westford, which sent a band of needles to be used for global communication into space. In 1969, he joined Interactive Data Corporation in Waltham, and there developed a packet network with error correction capability that he supervised until his retirement in 1988.

Norm was a long time member of the Appalachian Mountain Club. He enjoyed skiing, hiking in the White Mountains and Maine, and working on his computer. He particularly loved spending time in Acadia National Park with family and friends; tea and popovers on the lawn of the Jordan Pond House after a hike was always a special treat.

He is survived by his wife Marjorie of 50 years; his son John, daughter-in-law Ruri, and granddaughters Lilia and Milena of Tokyo, Japan; daughter Sally of Portland, ME; daughter Molly and granddaughter Alise of Seattle, WA; and son Thomas of Vancouver, Canada.

In lieu of flowers, donations in his memory may be made to MIT for the MIT Class of 1947 Endowed Scholarship Fund, c/o MIT Director of Memorial Gifts, 600 Memorial Drive, W98-500, Cambridge, MA 02139.