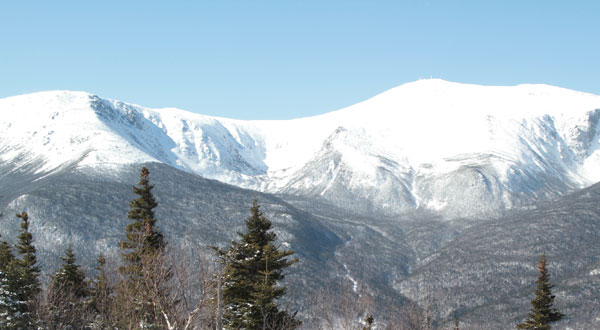 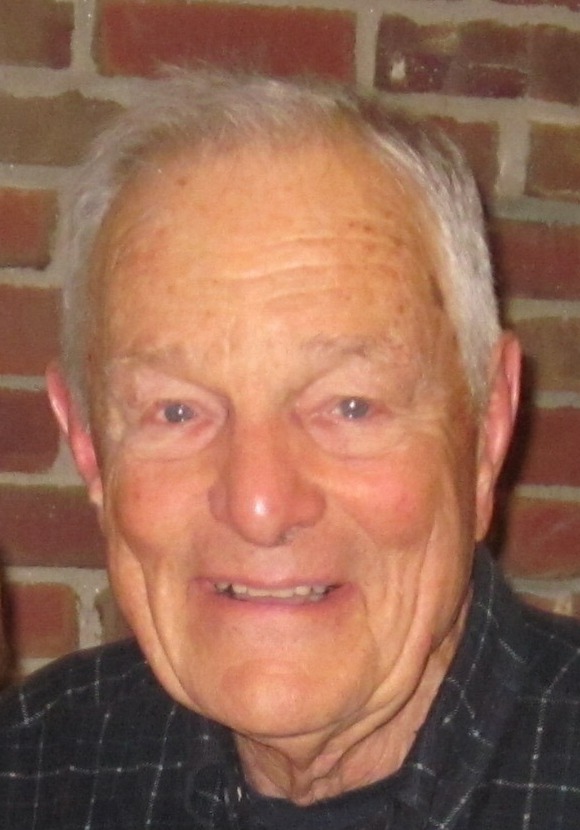 Parker Symmes, of Concord, died peacefully on July 21, 2022 at the age of 96 with his family by his side. He was born on May 17, 1926 to Chandler and Lorna Symmes of Winchester, MA, and grew up on the one remaining parcel of what was originally over 300 acres in Winchester and Woburn granted to Zechariah Symmes, pastor of the First Church in Charlestown from 1634 to 1671.

Parker spent his childhood summers at his family’s cottage in Harwich on Cape Cod, where he learned to sail. He would row his dingy through the tidal currents to the outer harbor before hoisting the sails. Sailing became a life-long passion that he enjoyed with friends and family.

Winters found Parker skiing in the White Mountains of NH. His family rode the Snow Train to North Conway, NH, which became popular in the 1930s. He learned to ski by watching others go straight down the hill. There were no lifts and not much turning in those days. A family cousin, the town undertaker named Mr. Furber, took the injured skiers to the North Conway Hospital in his hearse.

Parker loved music and studied classical piano throughout his youth. In high school he switched to jazz piano, taking lessons at the Phil Saltman studio in Boston. Throughout his life, he was often found playing his favorite standards or holding forth for sing-alongs at home or at the White Mountain Ski Runners in North Conway, NH.

A few weeks after graduating from Winchester High School in 1943 at age 17, Parker started at MIT, where classes were held year round during the war. After turning 18 in May 1944, he entered the Navy’s officer training program. Intent on becoming a pilot, he switched to the pre-flight program in May 1945. That training was short-lived, however, as the war ended in August. Much to his chagrin, he was sent home without having learned to fly!

Parker returned to MIT and graduated in 1947 with a degree in aeronautical engineering. Since there were few jobs in this field following the war, Parker worked as a mechanical engineer for Carrier Air Conditioning. He moved on to Anderson Nichols, an engineering firm in Boston, and then to Cabot, Cabot, & Forbes, where he continued to develop his expertise in the design of heating, ventilating, and air conditioning systems for industrial and office buildings.

In 1955 Parker joined with fellow MIT graduates to form Vappi and Symmes, and then Vappi, Symmes and Maini, an architecture and engineering firm in Cambridge, MA. The firm later became Symmes, Maini & McKee Associates and then SMMA, which remains a leading architecture and engineering firm in the Northeast. Symmes, Maini, & McKee grew throughout the 1960s and 1970s with Parker leading the design of refrigeration systems for many ice arenas in the Boston area as hockey grew in popularity. In the 1970s, Parker worked with MIT to develop the first clean rooms for semiconductor manufacturing. He soon became a leading designer of clean rooms, completing projects for major computer manufacturers including Digital Equipment Corporation and IBM. As computers became smaller, Parker adapted the designs to be more energy and space efficient. He also continued to advance designs of heating and air conditioning systems, and always enjoyed mentoring the young engineers at his firm.

Despite his busy career and family, Parker stayed active. He played tennis weekly with a close group of friends - a routine he maintained into his late 80s. Skiing also remained a passion, and Parker often traveled to the mountains of NH and VT and took trips to Colorado. In the late 1940s and early 1950s, he and his friends would drive nonstop from Boston to Denver. As this was prior to interstate highways (and smartphones!), they asked truckers for directions along the way. Their favorite ski area was Aspen, with its 8,000-foot-long single chairlift and long descents through the high-mountain powder.

In 1954, Parker traveled to Austria and Switzerland on the first charter ski trip from the US to Europe, organized by Jane Russell and others from the Boston area. Jane and Parker began a courtship on the trip and were married in January 1956. Their honeymoon was a ski trip to Sun Valley and Alta. Parker also joined Jane as a member of the White Mountain Ski Runners (aka “White Mules”), a ski racing club started in the 1930s. The White Mules lodge in North Conway, NH became the base for many family ski weekends at Wildcat Mountain and Tuckerman’s Ravine in the winter and spring, and hikes and canoeing adventures in the summer and fall. These were cherished times spent with family and life-long friends.

Parker and Jane settled in Concord, MA, where their three children, Fred, Whit and Ginger were born over the next four years. Tragically, Jane died of cancer in 1967. Parker continued to teach Fred, Whit, and Ginger to ski and enjoy the White Mountains year-round.

When Parker married Mary-Alice (Midge) Wessel in 1969, she and her sons, Bill and Bob, moved into the Concord home which Parker quickly expanded to accommodate the new family of seven. Parker and Midge honeymooned in Bermuda, which became a favorite destination that they returned to for many years, happily sharing it with all of their children! They also had wonderful travel adventures with Parker’s sister, Marcia, and her husband, Chuck Harmon, including trips to the Virgin Islands and Hawaii. They continued to enjoy the White Mules, organizing “Mule Meister” events, which were midweek gatherings of their retired friends no longer confined to heading north only on weekends. Parker raced in the annual White Mules giant slalom ski race until his late 80s, and continued to enjoy the Nordic ski trails in North Conway and Jackson NH into his early 90s. Whenever snow conditions allowed, he would step into his cross-country skis and head off into the woods behind his home on Park Lane in Concord, MA.

Sharing a love of jazz, Parker and Midge hosted many lively jazz concerts at their home, featuring the talented banjoist, Jimmy Mazzy, and his Last Minute Men.

Although Parker’s lymphoma diagnosis in 2018 took the wind out of his sails, the racquet from his hand, and the snow from beneath his skis, the amazing care provided by Midge and a team of caregivers allowed him to remain in his lovely home in Concord, enjoying the view of the woods he purchased with Jane 64 years ago.

A memorial service will be held in the fall.

In lieu of flowers, memorial donations may be made to: