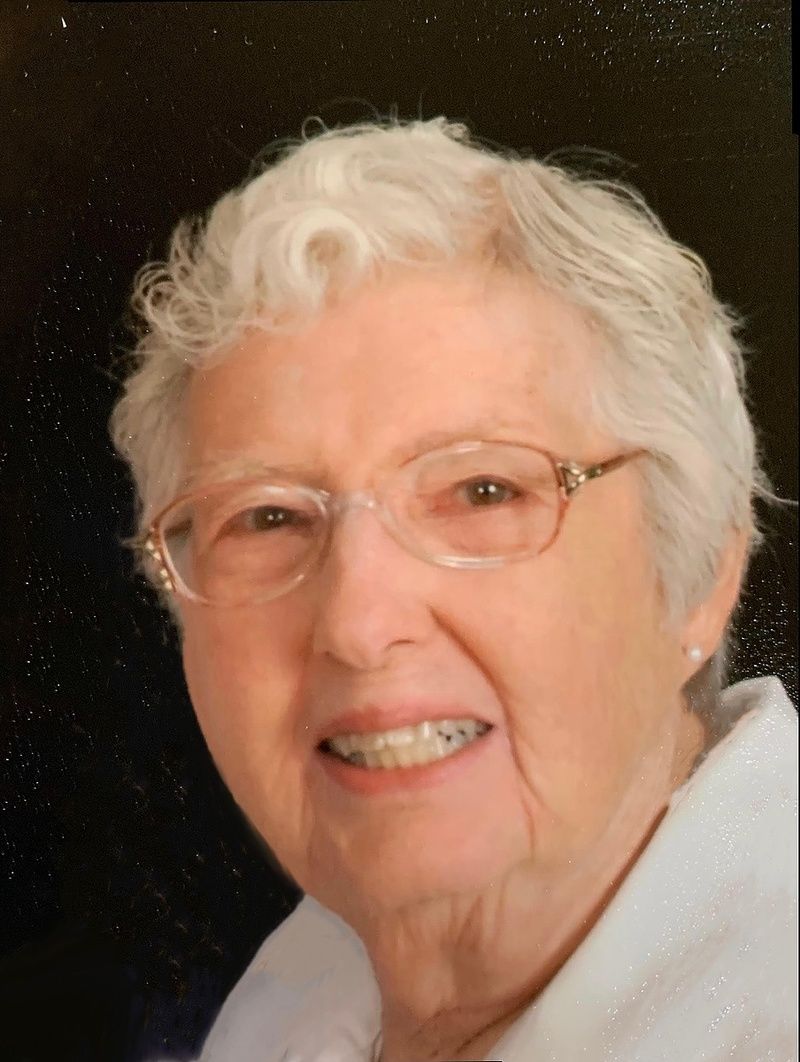 Pat was born April 7, 1926 in Bethesda, Maryland, the oldest of three to Emma Vandercook and Joseph Dodge Libbey. Growing up in Bethesda, Staten Island, New York and Cali, Colombia, she developed a love of travel that she carried into her later years. She visited all the continents and most of the United States and all of the provinces of Canada.

After graduating from University of Maryland, she met her husband Charles. They were married for 64 years and raised their family in Concord. Her love of children transferred over to her teaching and tutoring career. Over the years, she worked at the Carroll school, The Fenn School and Middlesex School.

Patricia had a great appreciation of music and art. Her hands were rarely still and she enjoyed painting, knitting and quilting. She also loved to sing and in her younger years was a member of the Concord Chorus and West Concord Union Church choir. She was a puzzle, trivia and crossword enthusiast as well as an avid gardener.

She remained very active into her later years. She and Charles were often found attending to one of their favorite hobbies: their apple orchard. When she was 85, her children insisted that she stop picking apples from a ladder after she fell, breaking her arm. She worked as an advocate for Domestic Violence Victims Advocacy Program, was a past president and active member of the West Concord Woman's Club and an active member and president of the John Libby Family Association where she supervised the publication of the third volume of the Libby family history.

Never one to want a fuss over, she will have a small family gathering to celebrate her life.