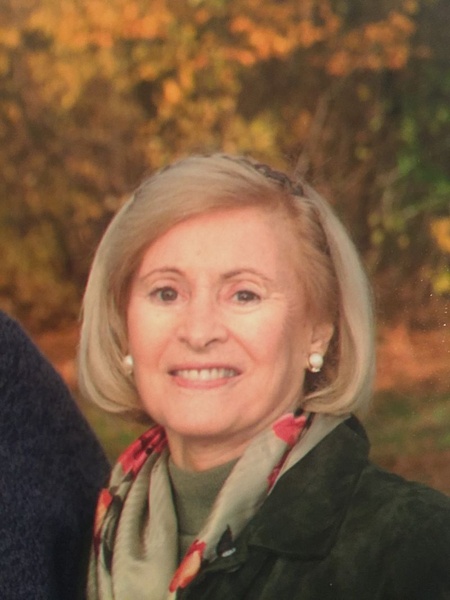 Patricia "Tosi" Mahoney passed away on Tuesday, October 18, 2016 surrounded by her family. Pat and her husband, Andy, have resided at Fox Hill Village in Westwood MA for the last 6 months after moving from Rye Beach NH where they lived for over 20 years.

Pat was born on November 7, 1936 in Belmont MA. She was the oldest daughter of Florence and Laurence Tosi and is survived by her sisters Phyllis, Elizabeth, Gail, Susan and was preceded in death by her brother Laurence Tosi Jr. Pat was the loving mother of Andrew Jr and his wife Mary Beth of Wellesley MA, Kathleen Roe and her husband Kip of Jackson WY, Peter and his wife Mary and Stephen and his wife Krisha both of Sherborn MA. She adored her 9 grandchildren: Meghan, Caitlin, Kevin, Alexandra, Jack, Laurel, Courtney, Kathryn and Caroline. Her grandkids could always count on her to be there at sporting events, concerts and theatrical productions. Every achievement, small and large, was celebrated with words of praise and encouragement.

Pat graduated from Mary Cliff Academy in Winchester, MA and Mary Mount College in Tarrytown, NY. After studying at the Sorbonne, Pat was rescued from the sinking Andrea Doria upon her return home.

Pat and Andy raised their family in Winchester MA where Pat was an avid tennis player, a steady presence as a religious education teacher at St Eulalia Parish and an extremely devoted Mom. She was a pioneer in many aspects of her life as she worked for Cablevision and Lotus Development in the 1980's, practiced yoga, and marched in pro-Life rallies around the Northeast. After moving to Rye Beach, NH to help care for her father, Pat was a realtor for Tate & Foss for several years until retiring to focus on her faith, politics, gardens and grandchildren. She was an active member of St Theresa's Church in Rye Beach and a leading member of the Seacoast Republican's Women's Club.

A Mass of Christian Burial will be held at St Theresa's Church in Sherborn MA at 10 am on Thursday October 20th.

In lieu of flowers, donations may be made to:
Catholic Charities New Hampshire
215 Myrtle Street
Manchester, NH 03104-4354
https://www.cc-nh.org/