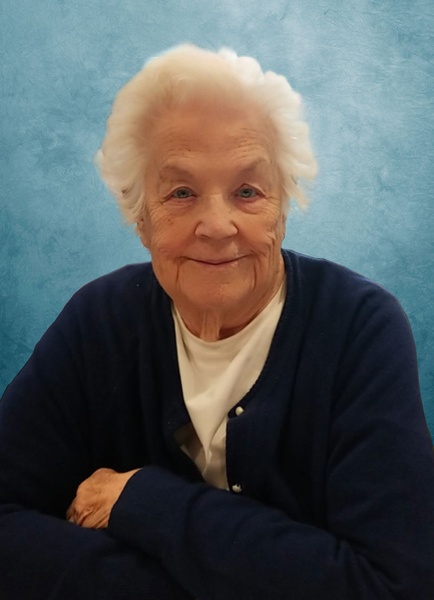 Patricia Stivers Siek age 89 and longtime resident of Weston passed away peacefully on Friday, March 6, 2020 at Care Dimensions Hospice in Lincoln surrounded by her family. She was the beloved wife of the late Tadelusz Siek.

Born in New York, New York on January 2, 1931 a daughter of the late William R. and Evelyn E. (Corby) Stivers. Raised and educated in Flushing, N.Y. she graduated from Flushing high school. She later attended N.Y.U. where she was to meet Tadelusz Siek.

Patricia and Tad married on June 2, 1951 at Saint Kevin's church in Flushing, NY. They lived in New Jersey and in 1962 settled in Weston, MA. A devoted wife and mother Patricia cherished raising her loving family and was instrumental in making sure her family was cared for. She later worked as an editor for the Weston Town Crier and assisted in the Town of Weston Library. Later she worked for many years as an accountant for the Gillette company, a career she truly enjoyed, retiring at the age of 73.

Affectionately known as "Aunt Pat" to many she was loved and admired by all who knew her. Her gracious smile and warm demeaner were embraced by all her family and friends. She enjoyed gardening (being one of the founding members of Land Sakes) reading and traveling, often going to the Philadelphia Flower Show. She also loved going to York, Maine in the summer. Pat was a member of the Daughters of the American Revolution – Wayside Inn Chapter, first serving as Vice-Regent and then as Historian. Pat was involved in Historic Preservation. She spearheaded her town's clean-up of their historic cemeteries. One could say Historic Preservation was a passion of hers.

She is survived by her devoted children Christopher L. Siek of Weston, Gordon C. Siek and wife Lori of Cambridge, Valerie-Anne Siek and Victoria E. Siek both of Weston, her brother William Stivers and wife Shirley of Louisville, KY and the late Sarellen Raskin. Also survived by her grandchildren (Emily, Dean, Mark, Heather, Andrew, Juliana, Klara and Jackson) and great-grandchildren (Charles and Harper). She was predeceased by her sister Sarellen Raskin.

Family and friends will gather to honor and remember Patricia on Monday, March 9 from 2-4 & 6-8 pm at the Concord Funeral Home, 74 Belknap St., Concord. Her funeral mass will be celebrated on Tuesday, at 10:30 am at St. Julia Parish, 374 Boston Post Rd, Weston. Interment Cathedral Cemetery, Scranton, PA.

Donations in her memory may be made to:
Dana Farber Cancer institute
450 Brookline Ave.
Boston, MA 02215.