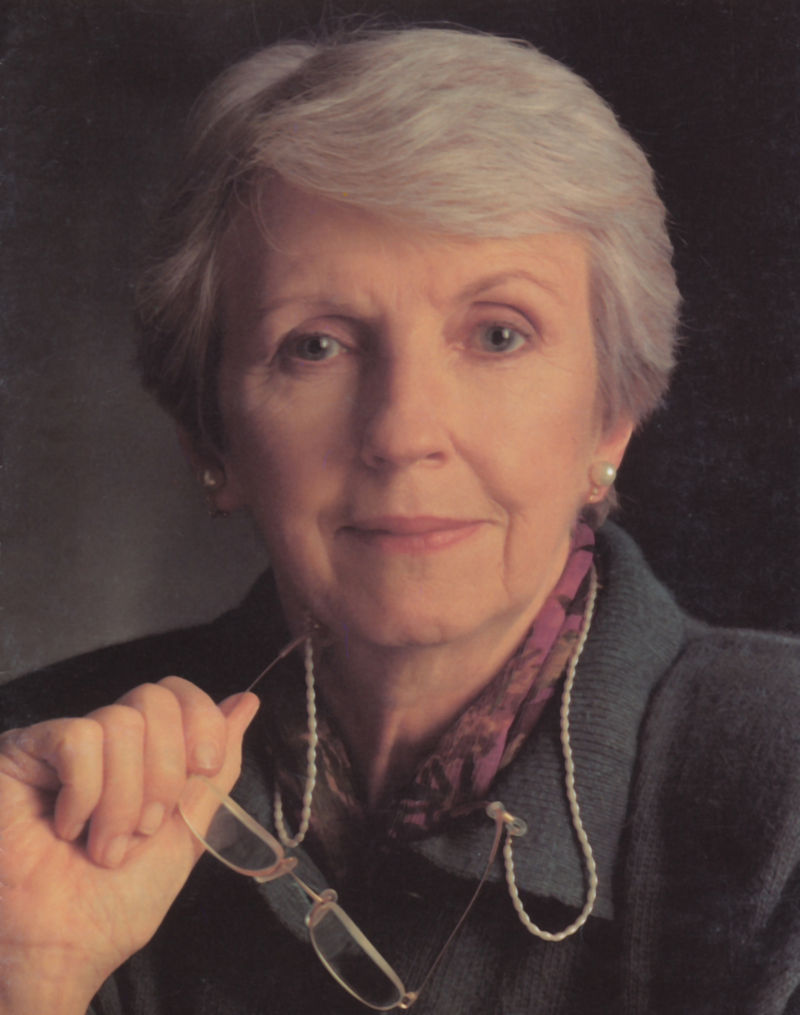 Patricia Ann Blevins Butcher Till, passed away on April 19, 2016 in Bedford, MA at age 89. She died peacefully at Carlton-Willard Homes, surrounded by family, following a brief illness.

Born December 31st, 1926 at home in Cambridge, MA, Patricia was the youngest daughter of architect Albert Henry Blevins and his wife Beatrice (Magee). Along with her sister Eleanor Zinn and brother Charles Blevins, her family lived in Cambridge, spent many winters in Pasadena California (where she befriended many minor league baseball players) as well as many a summer at the Red House in Quisset on Cape Cod. She attended Buckingham School, Principia, and Smith College, from which she graduated in 1948 as a Theater major.

Immediately after Smith College, she and her dear friend Gertrude spent a year living in Paris, kindling a love of the city, the language, and all things French that continued throughout her life.

With her first husband Bill she raised three children in Concord during forty-one years of marriage. Subsequently, with her second husband Derek Till, she enjoyed twenty-four years of passionate adventures, including the shared joys of dancing, traveling, and times at the summer home on Nantucket.

Patricia's joie de vivre was expressed in her life long passions for fashion, cooking and entertaining, and most of all: the theater.

Her passion for style and design began early, as shown in her beautiful fashion illustrations. She worked as a clothing buyer for several women's stores before starting her own fashionable store Trio Inc. in Concord, MA along with partners Joan Hines and Mary Baldwin. She served as a color consultant and personal shopper to many. She herself was always beautifully appointed and style-conscious.

When first married, she was initially unskilled but quickly became an accomplished chef. She refined her newly acquired cooking skills by watching Julia Child on TV, once even calling Julia herself for clarification on a particularly tricky recipe. While sailing the coast of Maine with family, she was more likely to whip up Roast Beef with Yorkshire Pudding using just an alcohol stove when a less creative cook might have simply made spaghetti. She was renowned as a hostess of boisterous dinner/cocktail parties at her home in Concord as well as the famous 4th of July parties at the Red House in Quisset.

Most of all, though, it was the theater that thrilled her soul. Whether on stage or screen, as actor or director or producer, the theater was her first love. She was proud to be a holder of both SAG (Screen Actor's Guild) and Actor's Equity Cards (and was still receiving residuals from the major movie release "With Honors" in which she played a Harvard Librarian!). She was involved with the Concord Players for many years, serving as President, directing shows such as "The Foreigner" and starring in such memorable roles as Princess Winifred in "Once Upon a Mattress." She put on the one-woman show "Full Gallop" about Diana Vreeland, the controversial fashion editor, at various venues acting even when she was well into her 80s. Recently, she and her husband, Derek, performed "Love Letters" together on multiple occasions and to general acclaim.

Professionally, one of her favorite performances was as Mme Armfeldt in "A Little Night Music" at the both the Zeiterion and Merrimack Players, where her song "Liaisons" was a great success. Another great role was Sarah in "Quilters" at the Public Theater in Boston. Patricia's love of theater was evident during her final trip to Broadway in New York last year (accompanied by her grand-daughter and daughter-in-law) where she saw the "The King and I" in its outstanding 2015 revival, letting no objection or infirmity get in her way.

Patricia is survived by her husband Derek Till of Bedford, MA; son Jonathan B. Butcher and wife Helen Frady of Carrboro, NC; son Benjamin S. Butcher of Boston, MA; and daughter Amy L. Butcher of San Francisco, CA. She was the loving grandmother (known as "Haha") to Lucy Butcher of Carrboro, NC; the former wife of the late Bill Butcher; step-mother to Stephen Till of Carlisle, MA, Peter Till of Aix, France, and Alison Till of Anchorage, AK; and she leaves behind many beloved cousins, nieces, and nephews plus a loyal and diverse cast and crew from all her time in the theater. And as she might have said with some impatience, "Now exit, stage right!"

She lived life and exited it on her own terms. She will be greatly missed.

Interment at Mt. Auburn Cemetery, Cambridge, MA will be private.


In lieu of flowers gifts in her name may be made to:
Planned Parenthood Federation of America
Attn: Online Services
123 William Street
New York, NY 10038
(https://www.plannedparenthood.org/)
or
Concord Players via the 51 Walden Performing Arts Center
P.O. Box 251
Concord, MA 01742
(http://www.51walden.org/contribute/)