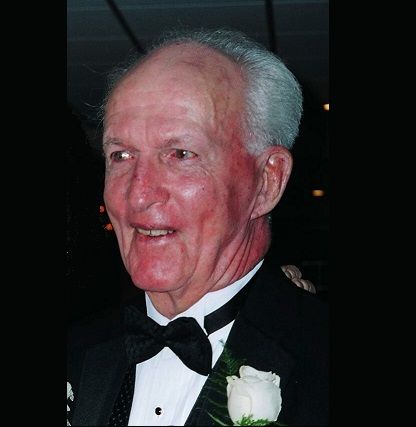 Peter MacKay, 95, of Concord died June 20, 2015 at the Parmenter-Parlin Hospice Residence in Wayland. He was the husband of the late Lena (Shubelka) MacKay who predeceased him in 2012.

Born in Concord on April 10, 1920 to the late James and Jean (West) MacKay, he attended Concord schools and was a graduate of Concord High School.

During WWII Pete proudly served in the 7th Army Air Force, stationed in the Pacific. He was employed for more than 25 years by St Johnsbury Trucking Company as a Sales Manager in the Worcester Terminal. An avid golfer, Pete was a life member of the Maynard Country Club, two-time club champion, and actively participated in the game until age 92. He was also a member and past president of the Boston Traffic Association.

He leaves behind a daughter, Nancy Nygard, a son, James MacKay and his wife Carrie of Littleton, and three grandchildren Jillian and Cody Nygard, and Evan MacKay. He was predeceased by a sister, Eleanor MacKay and sister-in-law Wanda Shubelka.

Family and friends will gather to honor and remember Peter on Wednesday, June 24 from 10:30 am-12:00 pm with his funeral service to follow at 12:00 noon in the Concord Funeral Home, Belknap & Thoreau Sts., Concord. Interment will follow with U.S. Army Military Honors at Sleepy Hollow Cemetery, Concord.

Concord's town flag will fly at half-staff in honor of Peter's service to his country during WWII.

Gifts in his memory may be made to;
Parmenter-Parlin Hospice Residence
266 Cochituate Rd.
Wayland, MA 01778