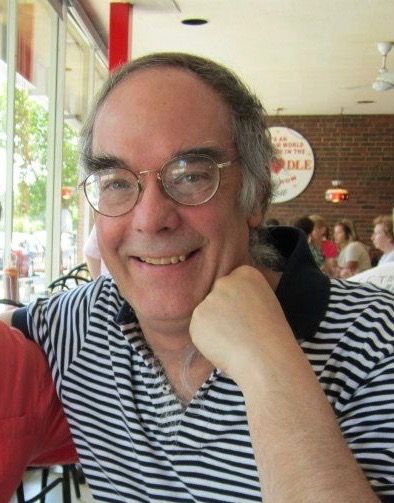 Philip F.W. Peck III passed away in hospice on February 18 after valiantly battling leukemia for two years. He was 71 years old.

A long time resident of Concord Massachusetts, Philip was born in Chicago, IL on September 8, 1947 and grew up in West Hartford, CT. His parents were Philip F.W. Peck Jr. and Mary Elizabeth Bennett both of Chicago IL and West Hartford CT. He is survived by his wife Sandra, his son Graham, his sister Elizabeth, and brother Jeffrey.

Phil spent childhood summers at his family's residence on Fishers Island, NY, something that he enjoyed sharing for years with his wife and son. He attended the Hotchkiss School in Lakeville, CT where he made many lifelong friends, and was a member of the Bluenotes acapela vocal group. He graduated from The University of Pennsylvania in 1970 where he was a member of both Phi Gamma Delta fraternity and Mask and Wig. He received his Masters of Library Science from the University of Rhode Island, and worked in a variety of research based positions.

After marrying Sandra G. Hawkey in Montclair, NJ. in 1970, he moved north to Boston. During these ﬁrst years Phil and Sandra travelled the east coast in their beloved VW camper exploring the great outdoors. In his free time Phil enjoyed golf, singing and playing guitar, and board games with his son. His kind heart, deep caring for his friends and family, and contagious laughter will live on in those he loved.

There will be a private memorial service.

Donation's in Phil's name will be made to:
Herb Alpert School of Music at the California Institute of the Arts
Office of Advancement Services
24700 McBean Parkway
Valencia, CA 91355
www.calarts.edu