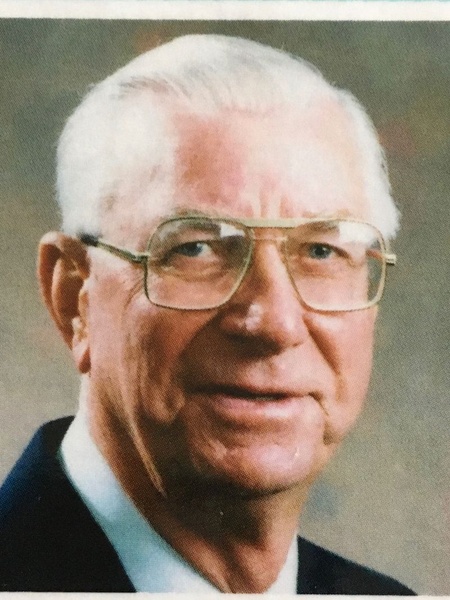 He was born September 9, 1922 in Hartford Connecticut, the son of the late Robert and Beda Lawson,eventually settling in Concord, Massachusetts
He graduated High School in 1941,and joined the Coast Guard, he was stationed off the coast of Maine protecting our shores. He lost his leg during duty on ship. The loss of his leg gave him a new perspective on life. He applied to Boston University and graduated in 1948.

He married the love of his life June MacFarland in 1946, and settled in Concord Massachusetts. He worked for Middlesex Insurance Company for 35 years. He excelled in the company, from casualty underwriter to Vice president and secretary while attending B.U. night classes and raising 3 daughters. He left Middlesex to become President of Fitchburg Mutual Fire Insurance in 1972. He retired in 1990. His retirement included many trips across country and abroad, visiting family and friends.

Ray loved the outdoors, fishing, golf, skating, tennis, and water skiing. He rooted for the Red Sox, the Patriots,and the Bruins, loving to watch, and occasionally attend a game. He truly loved spending time with family , a cookout, a ride, out to dinner, and watching his grand and great grandchildren grow. These memories are cherished by all.