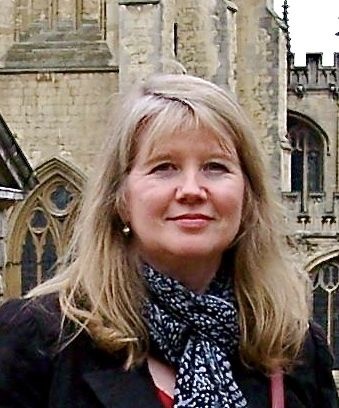 Rebecka Persson age 51 of Concord passed away on Monday, January 23, 2012 at Spaulding Hospital in Cambridge. She was the loving daughter of Steffan Persson and the late Anne-Maj Berglund.

Born in Stockholm, Sweden, Rebecka received her B.A. in Art History from the University of Connecticut. She then went on to get her M.L.S. Degree at Simmons College. After securing a position at the Harvard Fine Arts Library, Rebecka went on to become the Rare Book Cataloguer and Reference Librarian at the Boston Athenaeum. Traveling was the joy of Rebecka's life, and she enjoyed many trips abroad to cities such as Vienna, Leipzig, Paris, Edinburgh, Bonn, Amsterdam, Rome, Oxford, as well as returning to her native Sweden.

Her favorite city, however, was London, and she traveled there often, enjoying the theatre, art, and especially the English teas. Anyone who knew Rebecka was familiar with her love of tea. She traveled for the first time to New Mexico several years ago, and even took to the sky in a hot air balloon, but Rebecka's favorite memory of the trip was still the unique afternoon tea she experienced there. She loved to share pictures of her trips with friends and discuss the details of her adventures over a pot of Earl Grey.

Rebecka was a multi-talented artist and enjoyed many creative pursuits; her favorites being writing, drawing, photography, and especially doll-making. She sculpted dolls of both historical and fictional figures. They ranged from Beethoven, Louis the 14th, and Elizabeth Taylor to Sherlock Holmes and Columbo. Each doll wore historically accurate wigs and costumes that she designed and sewed by hand. Recently, Rebecka had won an award for her doll-making. She was always working to further hone her craft, and enjoyed the company of fellow artists who shared her passion for the arts.

Rebecka loved classical music, and always had it playing in the background at her home. She spent several summers at the Tanglewood Music Festival, and often attended chamber music concerts in Boston. This music served as an inspiration for a screenplay Rebecka wrote based on the relationship
between nineteenth century Swedish songstress Jenny Lind and the composer Felix Mendelssohn.

Besides her father she is survived by many devoted friends and colleagues.

GIFTS IN HER MEMORY MAY BE MADE TO:
The Melanoma Foundation of New England
111 ORNAC
Concord, MA 01742