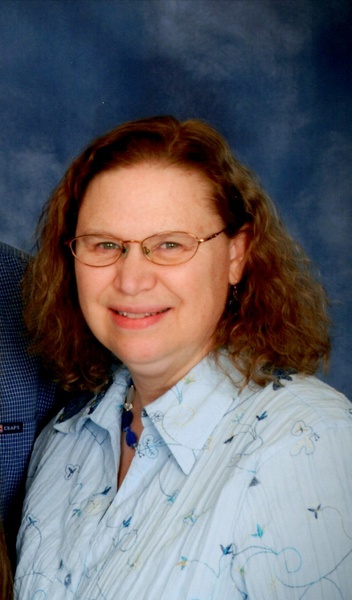 Rhonda Fay Doll age 60 of Littleton passed away peacefully on Wednesday, September 4th, 2019 in her home with her loving family by her side. She was the caring and beloved wife of James Barkovic and loving and cherished mother of Emily Barkovic.

Rhonda was born in Minneapolis, Minnesota on August 3rd, 1959, daughter of Velma Fay (Mutschler) Doll and the late Ronald A. Doll. Raised in Medicine Lake, Minnesota, she graduated from Wayzata High School. She also attended and graduated from the University of Minnesota earning a Bachelor of Science degree, and later earned a Master of Science from the Harvard University Extension School, where she was named salutatorian of her class.

Rhonda worked for many years as a scientist in the biotechnology industry, with positions at the Shriver Center in Waltham and at the Genzyme Corporation; she also worked in the labs at the University of Minnesota, Brown University, and the Massachusetts Institute of Technology. In addition to her work in the scientific field, Rhonda worked extensively for the Girl Scouts. She served as a camp counselor in Minnesota and Washington state, working as a waterfront director, lifeguard, and song leader, playing her guitar around countless campfires. She was the Program Director for the Girl Scouts of Rhode Island, which included serving as the Assistant Camp Director at Camp Hoffman. She finished her working career as an Adjunct Professor at Mt. Wachusett Community College at Devens, where she taught courses in the Biotechnology Program.

In addition to her love of science, Rhonney had a passion for music; she could often be found performing in voice recitals, singing in church choirs and area choruses (Providence Singers, Longy Chamber Singers, Spectrum Singers, and the Westford Chorus) and playing her beloved Martin guitar. She studied voice with area teachers Jane Waters and Monique Phinney. In addition to performing, she wrote songs and poetry, crafted beautiful scrapbooks and knitted. An avid reader, favorite authors include Laura Ingalls Wilder, Sigurd Olson, Garrison Keillor, C.S. Lewis, J.R.R. Tolkien, John Steinbeck, Leon Uris, Charles Darwin, Dan Brown and Tom Clancy. She loved to travel; while a student at the University of Minnesota, she spent a semester abroad in Taiwan. With family, she also traveled to Europe, Mexico, and Canada, as well as throughout the United States.

A native Minnesotan, she adored its beautiful lakes with "the North Shore" of Lake Superior's rugged shoreline being the crown jewel of the state. She grew up swimming and boating on Medicine Lake, which was right in her backyard. Her family loved to spend summertime in northern Minnesota's beautiful crystal-clear lakes and her favorite Girl Scout camp was Camp Ruby Lake, north of Grand Rapids, for which she wrote a song. It was her dream to see the ocean and taking a camp job in Washington state was her first experience. Then her career brought her to the East Coast - first in Rhode Island and then in Massachusetts, where she finally settled. She loved the ocean, and would make frequent beach trips, even in the winter! Images of lighthouses, seashells and beaches filled her home.

Rhonney met Jim in May 1986 while "church shopping." She had just moved to Cambridge, MA to work at MIT and was searching for a faith community to join. On the Sunday she happened to visit Calvary Methodist Church in Arlington, MA, where Jim served as Music Director, she was treated to a service of music, featuring "Gloria" by Antonio Vivaldi. Rhonney and Jim, who hails from International Falls, Minnesota, had much to talk about during coffee hour following the service! She married Jim on June 16, 1990, at the First Congregational Church in Stoneham, Massachusetts. After living in her Cambridge apartment for several years, they purchased a home together in Littleton, MA in 1993.

On March 31, 1998, Rhonney and Jim welcomed their daughter Emily Berit. Emily was the love of her life and was the main reason she got into scrapbooking, as she wanted to ensure that her daughter would know where she came from, no matter what course the cancer took. Right from the start, Emily exhibited the makings of the aspiring musical theater actor she has become. Emily is currently in her senior year at Wagner College pursuing her dream, which she can attribute to the love and support of her parents. Along with her parents, her extended family from Minnesota and many friends have attended her performances throughout the years.

Along with her husband Jim and daughter Emily, she is survived by her mother Velma Fay Doll, sister Susan Doll, (Robert Anderson), daughters Abigail and Jennifer Anderson, as well as many other relatives and friends. It was important to Rhonda that the families stay connected, so she planned many summer or spring break trips and the families spent almost every Christmas holiday together. In addition, Rhonda, Jim and Emily would make trips to Minnesota to visit their families throughout the year.

Family and friends will gather to honor and remember Rhonda on Saturday, September 14th at 11 am at West Concord Union Church, 1317 Main St., Concord, MA. There will also be a separate memorial service on Saturday, November 30th at 11:00 am in the Brooklyn United Methodist Church, 7200 Brooklyn Blvd, Brooklyn Center, MN. Burial will be private.

In lieu of flowers, donations in Rhonda's memory may be made to:
Virginia Thurston Healing Garden
145 Bolton Road
Harvard, MA, 01451