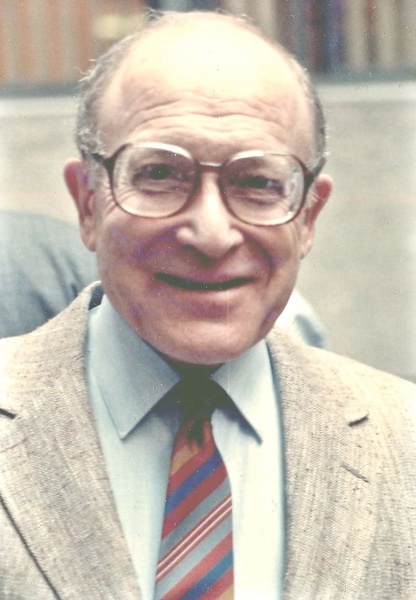 Richard "Dick" Brooker age 91 and a resident of Concord, Mass., passed away on Wednesday, May 29th, a few days before his 92nd birthday, from a fall that severely damaged his otherwise fully functioning brain and body.

Born in Boston on June 9, 1927 he was the son of the late Barnard and Esther (Friedman) Brooker. Dick first attended Cornell University, and then in 1953 graduated in architecture from Illinois Institute of Technology (IIT) where he studied under Bauhaus architect Mies van der Rohe. He spent nearly his entire professional life (1953-1995) working for The Architects' Collaborative (TAC) in Cambridge, Massachusetts. There, he became a Principal and Partner of the founding fathers and Walter Gropius. Representing TAC, Dick spent ten years in Rome, Italy, to oversee the drawings for the construction of the University of Bagdad (Iraq) and to develop projects in the Middle East and Africa, specifically Tunisia, Kuwait, Saudi Arabia, and Nigeria, as well as Greece. Upon his return to TAC Cambridge, he continued to travel extensively for business in Europe and the far east (Seoul, Korea). His domestic projects included penitentiaries, postal facilities, and hospitals such as Temple University Hospital (Philadelphia), Maine Medical Center (Portland), and Schneider Children's Hospital, also known as Long Island Hillside Medical Center (New Hyde Park).

A generous, gentle man, reserved but gifted with a tremendous sense of humor, Dick was an avid reader, lover of nature, history, and geography, but most of all he was a devoted, loving, wonderful husband to wife Maria Rosa "Mimi" (Rivalta) Brooker from Rome and father to Niccolò Brooker also born in Rome.
He will be greatly missed by family in this country, Italy and Israel.

A private family gathering will be at a later date.