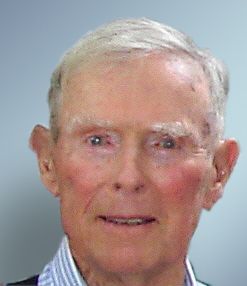 Richard R. Glendon age 90 of Lincoln and Duxbury passed away on September 8, 2009 after a brief illness. He was the husband of Diana (Healey) Glendon and the late Svetlana (Oreshkov) Glendon.

Born on November 9, 1918 in Winchester, MA he was the son of the late Patrick and Ethel (Russell) Glendon. He graduated from Winchester High School in 1936 and from the University of Massachusetts in 1940. He later received master’s degrees in American History and Business Administration from Harvard University. Dick served as an Army officer in France during World War II. Following the war, he became a Certified Public Accountant and then Treasurer of “Electronics Corporation of America” in Cambridge, MA. – a career spanning over fifty years until his retirement in 2001.

A loving husband and father, he was devoted to his family and received great pleasure from the numerous extended family gatherings in Duxbury. He was a young member of the 4-H organization and an Eagle Scout. His lifelong interest included traveling, the fine arts, gardening, walking on Duxbury beach and the Boston Red Sox.

Besides his wife he is survived by his children Michael Russell Glendon of Cambridge, Ellen Glendon and her husband Daniel of Bedford, Natasha Glendon-Crossley and her husband Robert of Merrimac, and his stepchildren of Jennifer Omerza and her husband Raymond of Empire, MI and William D. Elder and his wife Kelly of Sparks, NV. He is also survived by ten grandchildren.

GIFTS IN HIS NAME MAY BE MADE TO:
Codman Community Farms
58 Codman Rd.
Lincoln, MA 01773
www.codmanfarm.org