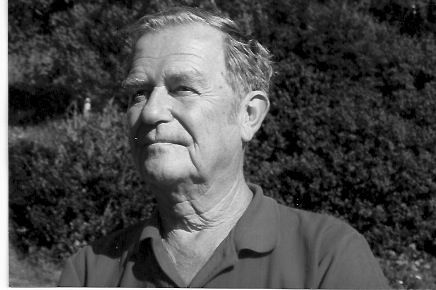 Robert C. Cobb Jr., 86, of Westwood on the evening of June 6th. Born in Boston on June 12, 1926 to Emily Bullard Cobb and Robert Codman Cobb Sr. of Littleton, MA; he was the baby brother to Lydia Cobb Perkins and Emily Morgan Cobb. He graduated from the Brooks School in North Andover, MA in 1944, served in the US Navy from 1944 to 1946, and in 1948 he graduated from Harvard University with a degree in history. He was a member of the Fly Club and Harvard Lampoon.

In 1948 he married Mary Marland Hobbs with whom he had three daughters, Jane Cobb Amtower of Medfield, MA, Deborah Carballiera of Indian Hills, CO, and Melinda Morgan of Kittery, ME. He later married Elizabeth Eastment Cobb.

He took over his father's successful poultry farm that was one of the largest egg producers in New England and transformed it into a meat bird poultry breeding stock company. In 1950, it took twelve weeks and twelve pounds of feed to produce a three-pound bird. Through his research and development, today it is common to grow a four-pound bird in six weeks on two pounds of feed. He sold breeding stock around the world and eventually sold his business to UpJohn Corporation, which had a large agricultural division. Today his small Littleton Massachusetts farm is a significant part of Tyson. Currently about 40% of the chicken market has a Cobb label attached to it.

Although not a good student while attending Harvard, he said, "If Harvard taught me nothing else it taught me to be curious for knowledge". Upon his retirement, he again followed his father and returned to Harvard. He became a passionate charter member of the Harvard Institute of Learning in Retirement (HILR) and chaired HIRL's first Fund and Endowment Campaign for a decade. He established an endowment with a lifetime gift to honor his father that now covers the cost of the Convocation Lecture given annually in his fathers' memory by a leading scholar.

He credits his father with his passion for philanthropy. As a child he was given a twenty-five cent allowance of which he had to save five cents, gift cents, and then the rest was his. From that early experience he has given much to those that have little.

Throughout his life, he enjoyed sailing in North Haven, ME, skiing at Wildcat, and fall foliage trips throughout New England. He was known for his off beat humor, joie de vivre and lively conversations over cocktails discussing his passions for politics, population issues, and world travel.

A celebration of his life will be held on Wed. June 12 from 4-6 pm at Fox Hill Village, Westwood, MA

In lieu of flowers donations in his memory may be made to:
Population Connection
2120 L street NW, Suite 500
Washington, DC 20037
www.popconnect.org