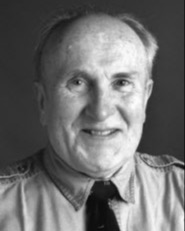 Robert Churchill Cowen, of Concord, MA, science writer for The Christian Science Monitor for 45 years, passed away on December 23, 2022, at 95.

As a journalist, he was one of the first full-time science writers in the country, specializing in stories about the universe and space exploration, and he mentored generations of writers in the field. Although he retired in 1995, he continued to contribute to the paper until 2010.

During his tenure, Cowen earned many awards, including the Stack-Grady medal given by the American Chemical Society for sustained achievement in science communication to the public. He also won an award that is now named after him, the Robert C. Cowen Award for Sustained Achievement in Science Journalism. Cowen was a life member of the American Geophysical Union and the Sigma Xi Honor Society, a contributor to MIT’s Technology Review and an active supporter of natural science students at MIT.

He was devoted to the Christian Science church, and to its branch in Concord, MA. He is predeceased by his wife of 58 years, Mary Shafer Cowen, who passed away in 2013.