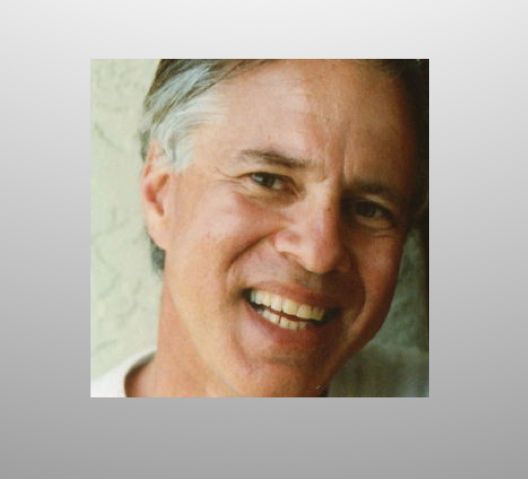 Dr. Robert J. Gladstone age 70 of Carlisle passed away on Monday, October 31, 2011 at Massachusetts General Hospital. He was the husband of Margot Woodruff of Carlisle.

Bob was a deeply caring man, an inspiration to many individuals, and was loved by family, friends, and clients. His early accomplishments were many, but it was working as a psychiatrist that brought him the deepest fulfillment.

Born in Brooklyn, NY on February 20, 1941 he was the son of the late Benjamin D. and Miriam (Shapiro) Gladstone. His family moved to Queens, then East Meadow, Long Island.

Dr. Gladstone attended the Massachusetts Institute of Technology earning his S.B. in Electrical Engineering in 1962, his S.M. and E.E. degrees in 1963, and a Ph.D. in E.E. in 1967 with thesis in the field of operations research and a minor in advanced mathematics. His solid background in engineering and applied mathematics resulted in positions at the World Health Organization, Division of Research in Epidemiology and Communications Science, in Geneva, Switzerland, and at the Rand Corporation, Health Systems Research, in Santa Monica, CA.

He next applied his breadth of wisdom as a physician, graduating from Stanford Medical School in 1981, and completing his psychiatric medicine residency at Beth Israel Hospital in Boston in 1985. He served his internship at Framingham Union Hospital, Framingham, Ma. and he worked at St. Elizabeth Hospital, Tufts Medical School, in Boston as teaching staff in the Department of Psychiatry from 1985-1987. He began his private psychiatric practice in 1985 and became committed to discovering what truly helped people heal. In addition, he integrated a year-long study of Psychosynthesis into his work.

A man with many passions, his greatest was that of loving his family. He was intense in his athletic pursuits. An avid skier, most winter mornings found him before work at Nashoba Valley ski area where he also taught snowboarding for several years. His love of windsurfing drew him to the water whenever the wind was up, and he was a fervent squash player, winning the 1977 California State Squash Racquets D Championship.

As a member of the Massachusetts Orchid Society he won many ribbons for his orchids. In his years in CA, he created an award winning bromeliad and tillandsia collection, and in Carlisle he developed his home garden using a variety of plants, shrubs, and trees that he discovered through careful research. His home was included on the Carlisle Country Garden Tour this past spring.

Dr. Gladstone focused largely on therapy as psychiatric treatment for his clients, as an excellent way to stop struggling in life and to heal. One of his foremost realizations during his time practicing was that if people become aware of places in their hearts or bodies that hold reactions to past or current hurts, and they explore the origins of those hurts (which are often expressed, for example, through such things as guilt, depression, fear, shame, paranoia, phobias, psychosis, blame, mania, addiction or anger), they could release them through grief work. Once released, an individual could eliminate the struggle in their life and simply be. He found that people's natural compassion could be released and their creative energy could then help build a better world.

As a part of therapy, he was able to listen deeply, stay present, and honor the client's experience, while guiding them to their own deeper and true experience and integrity. He discovered that by struggling with one's emotional reactions, trying to avoid or repress feelings, such emotions would often be intensified and amplified. However, through awareness of one's own emotional reactions, and sometimes grief work, one is able to heal and cease struggling.

As a psychiatrist who believed psychiatric medications are often over prescribed, he endeavored to help people become as free of such medications as possible. Through therapy, he helped people to experience, be comfortable with, and even enjoy their powerful feelings, thus eliminating the need for some medications that might hinder their ability to feel deeply. Without feeling deeply and becoming comfortable with those feelings, the healing would not be complete.

Bob was a fervent progressive, concerned about problems such as climate change, media and campaign finance reform, the need for a single payer health insurance, financial regulation and government reform that would support all citizens, maintaining peace, not war. He admired Paul Krugman, Robert Reich, Sen. Bernie Sanders, Howard Zinn, Glen Greenwald, Jon Kabat-Zinn, Noam Chomsky, Marianna Huffington, Katrina vanden heuevel, and Chris Hedges, and numerous others who shared many of these same concerns. He added his own voice through letters to many publications and individuals and truly hoped that others might take action to return our country to its citizens.

Bob Gladstone comprehended this beautiful world, how it works, and its problems, in a profound, global way.

Besides his wife he is survived by his children, Jonathan Michael Gladstone of Somerville, Sarah Justine Gladstone, M.D. of Kansas City, M O and Heather Woodruff Gladstone of Carlisle. Also survived by four grandchildren and a sister Adele J. Gladstone-Gilbert of Amherst. He was also brother of the late Warren Gladstone.

Gifts in his name may be made to:
The Nature Conservancy
11 Avenue De Lafayette, Suite 500
Boston, MA 02111
www.nature.org.