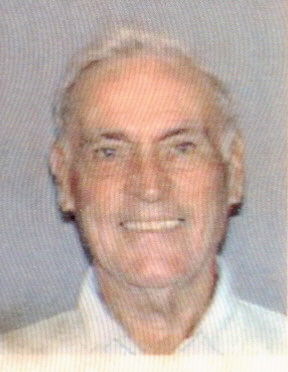 What makes a man great – neither fame, nor fortune, nor endless rhetoric but the lessons learned through a life well lived. A man who lived such a life for 93 years passed away on Sunday, October 24, 2010.

Robert L. Grant was the youngest of nine children born to Charles and Ellen Grant of Boston, MA. In many ways, his life experiences were similar to thousands of young men who married, went to war, bought a house, started a family, and enjoyed a successful career. It is in the unique memory and values of a man, that greatness is defined.

Robert married Margaret M. Kennedy of South Boston in Sept of 1942. At the time he worked for the U.S. Dept. of Justice in Washington D.C. and was awaiting his assignment orders for the U.S. Navy. He served in the Pacific during World War II, as a Lieutenant in the U.S. Navy. After the War, he returned to MA where he started a family. He lived in Westwood, Ma where he developed many life long friendships and developed his career in antitrust law, working first in a private law firm and later for the Federal Trade Commission. He was a member of the American Bar Association and the Massachusetts Bar Association.

In the early1960s, Bob joined the legal department of General Electric Company in New York as an antitrust specialist. He continued his career at General Electric for the next twenty years, serving as Division Counsel in Bridgeport, CT and Schenectady, NY. He retired in 1982. He continued to reside in Niskayuna, NY until recently.

He was a communicant at Our Lady of Fatima/ St Helen’s Church in Schenectady. As an avid tennis player, he spent numerous hours at the Central Park Tennis Courts in Schenectady where he enjoyed the company and competition of a fine group of dedicated athletes and friends. He remained an avid tennis player- often playing for several hours a day into his 90s. He enjoyed reading and doing the New York Times crossword puzzle – often completing a book in a couple of days after returning from the tennis courts.

Robert was the father of three children, Joan Thompson of Groton, MA., Patricia DeClue of Groveland, MA, and Robert L. Grant, Jr and his wife, Susan of Jacksonville, FL. He was Grand-Bob to 3 grandchildren – Lyn Sanwald, Christine Sanwald and James Sanwald. He maintained an active interest in their activities and provided them with a role model that they will cherish. His commitment to the people and activities he loved never vanished.
His wife, Peg passed away in 1990. His devotion to her memory never ceased. He recently remarked that he would look at her picture all the time just to know that he was where he should be.

Use your health, even to the point of wearing it out. That is what it is for. Spend all you have before you die; do not outlive yourself. ~George Bernard Shaw