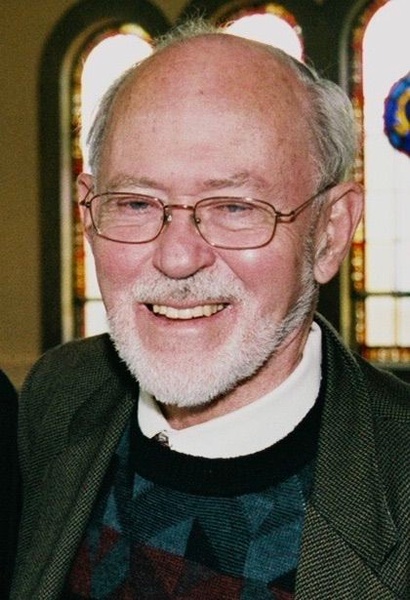 Robert Baxter Pilsbury passed away peacefully on May 12, 2020, in Bedford, MA. He was 93 years old. The beloved son of Elmer Knapp Pilsbury and Frances Baxter Pilsbury, Bob was raised in Newton, MA. He attended Newton High School, Dartmouth College, the New England Conservatory of Music, and Harvard University's Graduate School of Education.

Bob was born into a musically talented family. Following in the footsteps of his father and his cousin Jack Gilbert, he was a natural-born piano player. At family gatherings, all three would play one after the other, each with his own improvisation on popular tunes past and present.

During his freshman year at Dartmouth he was drafted into the U.S. Army. He attended Officer Candidate School and served as a Lieutenant during the Korean War. Serving with valor, he fought in some of the bloodiest battles of that war and earned three Bronze Stars. But music was never far from his mind. During his time serving his country, he was stationed in the Philippines and established a fifty-piece marching band.

After his graduation from Dartmouth, he studied Music Education at the New England Conservatory of Music, and later earned a Master's Degree in Education, with a focus on the psychology of learning, from Harvard's Graduate School of Education. During these years, he also played a growing part in the jazz scene in Boston, playing with leader Leroy Parkins, Casimir "Cas" Brosky, Dick Wetmore, John Ronscheim, and veteran jazz drummer Tommy Benford in the Excalibur Jazz Band at the Savoy in Boston and at Southward Inn in Orleans, MA, and later with Cas and Dick at Jazz Village in Boston. And he played with many other fine musicians, including clarinetist Hamilton "Ham" Carson, a life-long friend. He also played for Odetta, Joan Baez and Jimmy Rushing. He played with the Dick Creeden Jazz Band, sat in with Willie "The Lion" Smith in Stuyvesant, NY and was the intermission pianist at Jimmy Ryan's NY Jazz Club. It was during this time that he became a consummate professional Jazz piano player. Music was his passion.

Bob and Peter Bullis were classmates at Dartmouth. Peter's invitation to join the New Black Eagle Jazz Band would define the major part of his musical life. The Black Eagles released over forty recordings and videos, earned a Grammy nomination, and traveled the United States and other parts of the world playing their own unique version of the great American musical art form, Jazz. Bob also released multiple solo recordings with Black Eagle and other jazz music friends, and played with other jazz bands, most often with the Alamo City Jazz Band.

He loved music — and he loved people, so he dedicated another portion of his life to his psychotherapy practice. He was an addict himself. After he stopped using, with the enduring help of 12-step Programs, he helped others with their own addictions and life struggles.

He was that rare person who made his professional life doing what he loved. And now he lives on in the lives of those he loved and all those who loved him. His favorite song was "When I Leave the World Behind" by Irving Berlin, and one of the lines in that song is "I'll leave them each a song…" He has left us many.

A memorial service will be held at a later date.