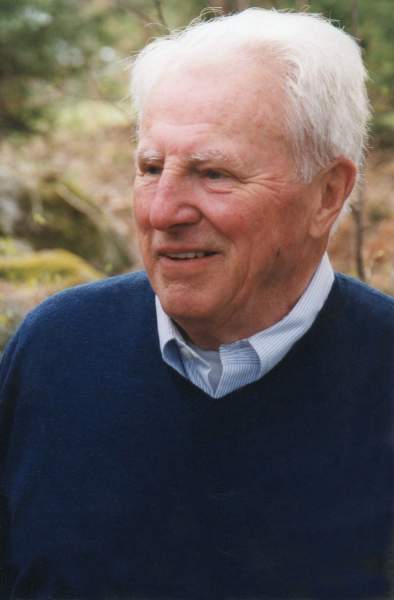 Born May 10, 1923, he was son of Lillian H. and Arthur D. Thomson. He graduated from Quincy High School, in Quincy, Mass., in 1941. He began studying industrial engineering at Northeastern University that fall, suspending his studies to serve in World War II. He graduated in 1949, and soon after served in the Korean War.

Robert married Deborah Blanchard D'Arcy of Dover, N.H., on June 22, 1963. Together they raised three children in Carlisle, Mass., and were happily married for 51 years.

With Al Armstrong and Whitey Crampton, he founded Crathco, Inc., a leading manufacturer of cold beverage dispensers, 1962 in Canton, Mass. He acted as president until the company was sold in 1988.

A lifelong skier and outdoor adventurer, Bob was active in skiing throughout his life as a competitor, coach, official and volunteer, serving as president of the Eastern United States Skiing Association and later the United States Skiing Association. Committed to celebrating the heritage of New England alpine skiing, he was also active with the New England Ski Museum, where he served as president. Bob cherished the outdoors, and taught his family to love nature, skiing, sailing and hiking as much as he did. He was particularly fond of building stonewalls, paths and waterways, and with his patient skill, made many beautiful places even more so.

An avid geneologist, historian and patriot, Bob was a member of the Carlisle Colonial Minutemen, and designed the seal for the town of Carlisle. He also loved music, playing French horn, piano and more with zest. His energy, vitality, inquisitive nature and positive spirit touched and will be remembered by many.

He is survived by his wife, Deborah, and their children, D'Arcy Thomson of Boston, Mass., Tracy Teare of Yarmouth, Maine, and Samantha Weld, of Reading, Mass. He also leaves two sons-in-law and six grandchildren, as well as his brother Donald Thomson and Don's wife, Hope, and his sisters-in-law Virginia Thomson and Elisabeth D'Arcy, as well as several nieces and nephews.

A private internment will be held in Green Cemetery, Carlisle, Mass.