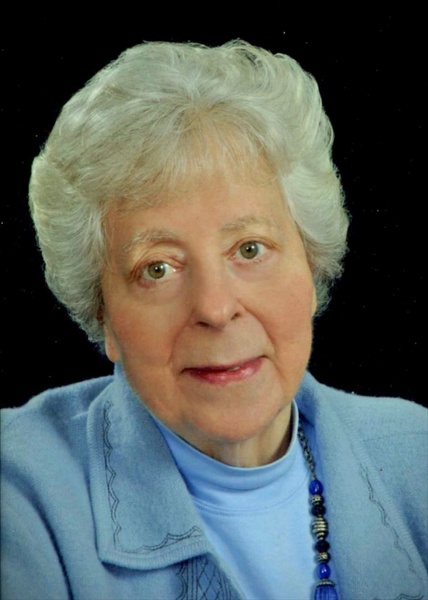 Roberta Latzer Keydel, age 89, passed away peacefully in her home on October 12, 2016, with all her children surrounding her. Roberta had lived at Newbury Court in Concord, Massachusetts since 2007 where she was happy to be able to live in her own apartment in spite of the challenges of Parkinson's Disease. Prior to moving to Massachusetts, she lived in Grosse Pointe Farms Michigan with her husband of 52 years, Frederick Reid Keydel, who died in February of 2005, also of Parkinson's Disease.


Born April 30, 1927 in Adrian Michigan to Robert and Cora Latzer, Roberta grew up in St. Louis Missouri. She attended Mary Institute in St Louis and then Wellesley College where she majored in English and graduated in 1949. She and her husband Fred met as teenagers at Crystal Lake Michigan and were married in 1952 in St. Louis after a seven-year courtship. She raised her family in Grosse Pointe Farms MI and was active in the Junior League of Detroit and the National Society of Colonial Dames of America in Michigan, serving a term as president of the chapter. Roberta loved travel and was fortunate to have traveled widely, but she especially valued her summers at Pointe Aux Barques MI on Lake Huron where all the family gathered. She captured that love of family life by authoring a book of light poetry titled: Songs of Huron Summers, which was beautifully illustrated by her niece, Susan Donnell, of Morristown, New Jersey.

Upon her husband's death in 2005, Roberta spent a year at her son's home in Denver and then moved to Newbury Court in 2007. During her time at Newbury Court, she made many friends, ran the reading group for a number of years and hosted many parties and Scrabble games. Roberta faced the challenges of age with grace and kindness and was always concerned for the well-being of others.
Roberta is survived by her sister, Jane Schott of St Louis Missouri and her three children: Janet Lawson of Concord, Mass., William Keydel of Denver, Colorado., and Thomas Keydel of Boston, Mass. She had a son-in-law, Robert Lawson, a daughter-in-law, Cheryl Keydel, a significant other, Jim Lipsky, and seven grandchildren: Barrett, Julia and Sawyer Lawson and Keith, Gregory, Anthony and Makayla Keydel. Keith and Jenny Keydel of Colorado are the parents of her two great grandchildren; Matilda and Theodore Keydel.
A memorial service will be held on Saturday, October 29, at 2:00 p.m. in Duvall Chapel at Newbury Court, 80 Deaconess Road, Concord, MA 01742. Her interment will be private.