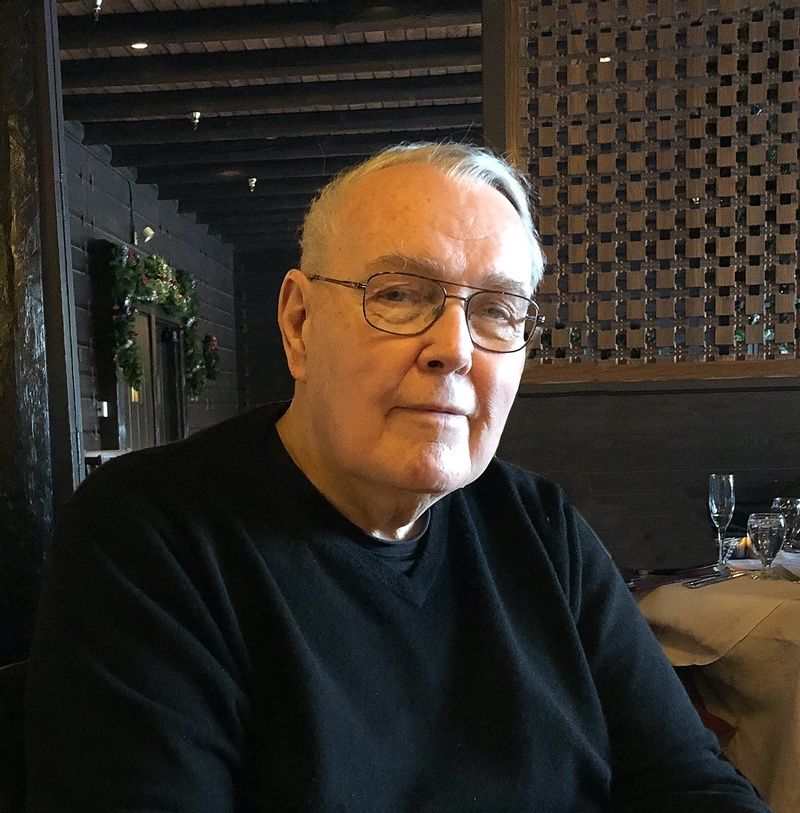 Ronald R Barris, 78 of Acton, MA and Tucson, AZ passed suddenly of complications from heart disease on Tuesday, April 13th, 2021, which his family feels was a ploy to join his wife of 52 years, Susan Elizabeth "Liz" Tofel Barris, who passed five years ago. He was with his son, Jeffrey R Barris, of Escondido, CA at the time of his passing, and had spent the prior 6 months living with his daughter, Karen E Barris Calabro of Hollis, NH, with hopes of returning to his Arizona home, but he avoided all of that and is now with his beloved wife, whom he missed terribly and could not live without.

His life was about that love story, spanning 52 years, having met her at U of AZ while hashing at her sorority, and promptly marrying her at age 20 before anyone else could. He escaped a life in the military like his father, and instead opted for engineering for big industry. He spent the next 52 years by his wife's side, moving every few years while being a titan of industry, initially employed at General Electric and later onto other companies, finally landing in Acton, MA for the past 32 years, with roles as partner of Price Waterhouse Coopers, CEO of Barris-Lotterer Consulting, and devoted husband and best friend to his wife. They travelled the globe, knew how to eat, shop, and have fun, and always found the most amazing souvenirs and took the best pictures. Their homes could be featured in Better Homes and Gardens. They were an amazing couple, and fun to play bridge, sail, or vacation with.

He will be most remembered for his lengthy and entertaining stories, often repeated, whose lessons were non-trivial and actually made into "laws" framed on his office wall. His office was always open to his employees, colleagues, and friends, and he mentored hundreds through the years, feeling this was his legacy to teach what he had learned, and move the progress of industry one person at a time, shedding light on the areas that needed improvement, and correct the cog in the wheel of whatever company for whom he consulted. His generosity was also appreciated by the MFA Boston, because his wife insisted, Lahey Clinic Burlington, who saved his life from a nearly fatal cancer, Trinity Episcopal Church in Concord where his wife was a lay eucharistic minister, both children who were not content to settle on simply one degree or career, and his grandchildren, whom he adored, and advised about their futures whether they asked for it or not. The world will be a much quieter place without his stories and booming laugh that could be heard across the entire church, office, or the lake where he would golf. However, he and his wife are likely exploring Heaven now, and we're sure she already has plans for remodel of their suite up there, or to follow his 2019 Mercedes convertible wherever his son drives it.

He is predeceased by his parents, Colonel Donald F and Jeanne Lyford Barris of Arizona, his sister, Jill Barris Tamiyasu of Oregon, and nephews Keith Williams of Tampa, FL and Neil Tamiyasu of San Jose, CA. He is survived by his children Karen Barris Calabro PA-C and son-in-law Nicolai Calabro AIA of Hollis, NH whose fires kept him warm while pining for AZ in the winter and the only reason he conceded to stay with them, their children Rachel Barris and Anna Calabro, son Jeffrey Ronald Barris of Escondido, daughter-in-law Suzanne Kongkeo (formerly Barris) and their children Dylan, Tyler, and Kaiya of Escondido, CA. He is also survived by his eldest baby sister, Suzanne Williams of Tampa, FL, and baby sisters, Terry Baggot of Tx, Jackie Barris Ybarra of Mexico, and beloved brother in-laws, Stan Tamiyasu of OR, and Steven and Richard Tofel of Tucson, AZ.

There will be a private ceremony at Trinity Episcopal and at his daughter's home in Hollis for family and friends only. Please inquire at Funeral Home if you would like to attend.