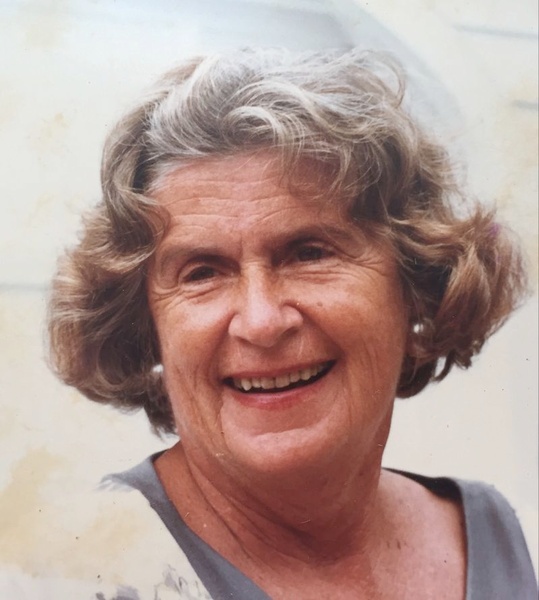 Rosemary Arsenault of Concord, MA, formerly of Harwich Port and Hingham, passed away peacefully on May 27, 2018 at Youville Place in Lexington following a brief illness.

Born in Montreal, Quebec on October 11, 1924 to Rodolphe and Florence Hudon, Rosemary was married for 31 years to the late Louis I. Arsenault, a native of Nova Scotia, Canada who passed away on November 22, 1981. After graduating from Saint Madeleine's Academy, Rosemary volunteered for the Saint John Ambulance Brigade in her native Montreal during World War II, while her future husband served as a Lieutenant in the Royal Canadian Navy, in command of a corvette warship in the heroic Murmansk Run. After the war, the vivacious Rosemary met the handsome, former naval officer and the couple were wed on August 26, 1950 in the Church of Saint Raphael the Archangel.

When Louis was hired by the Boston Safe Deposit & Trust Company as an Investment Counselor in 1953, the couple and their young son Paul moved to the United States, eventually settling in Hingham. While in Hingham, Rosemary and Louis would welcome four additional children into their family with the births of Pamela, Margaret, Annette, and Peter. Summers were spent at the family home in Harwich Port, surrounded by friends and family. Their home became a beacon for family gatherings and parties, the gaiety of the events fueled by Rosemary's warmth and infectious laugh.

While known for her exacting tastes in clothes, art, antiques, decorating, and entertaining, Rosemary was also a talented bridge, badminton and tennis player, despite her tennis career being cut short by a fierce backhand from her son Paul, which resulted in a broken arm! However, her greatest talents were realized in her volunteer work, in particular her work with the Cape Cod & Islands branch of the National Alliance on Mental Illness, a support group for individuals suffering from mental illness and their families. Rosemary's efforts to provide comfort for those who have been affected by mental illness is exemplified in her favorite quote from Ralph Waldo Emerson: "To know even one life has breathed easier because you have lived. This is to have succeeded."

In addition to her children and grandchildren, Rosemary was especially close to her older sister Lucille, and Lucille's children. In 1994, to commemorate the 50th Anniversary of D-Day, their service during the war, and their husbands' service in the Canadian armed forces, Rosemary and Lucille embarked on a thrilling and unforgettable trip of a lifetime, sailing from New York City to Normandy, France on the Queen Elizabeth II. Through her long life, although she cherished the past, Rosemary never lost her youthful exuberance, her enthusiasm for new experiences and her fresh outlook on life.

Rosemary is survived by her sister Lucille Berard of Baie D'Urfe, Quebec; her five children, Paul and his wife Eileen of Naples, FL; Pamela of Concord, MA; Margaret Owens and her husband David of Ruxton, MD and their children Matthew, Jack, and Courtney; Annette Bagley and her husband Tom of Concord, MA and their children Rosemary, Thomas, and Sarah; Peter of Nantucket, MA; and her nieces, Rosemary Berard, Anne Lemay, and Merelie Berard of Canada.

Funeral services will be private and held at the Concord Funeral Home, 74 Belknap Street, Concord, MA on June 9, 2018.

Contributions in Rosemary's honor may be made to:
National Alliance on Mental Illness, Cape Cod & The Islands
5 Marks Lane
Hyannis, MA 02601.