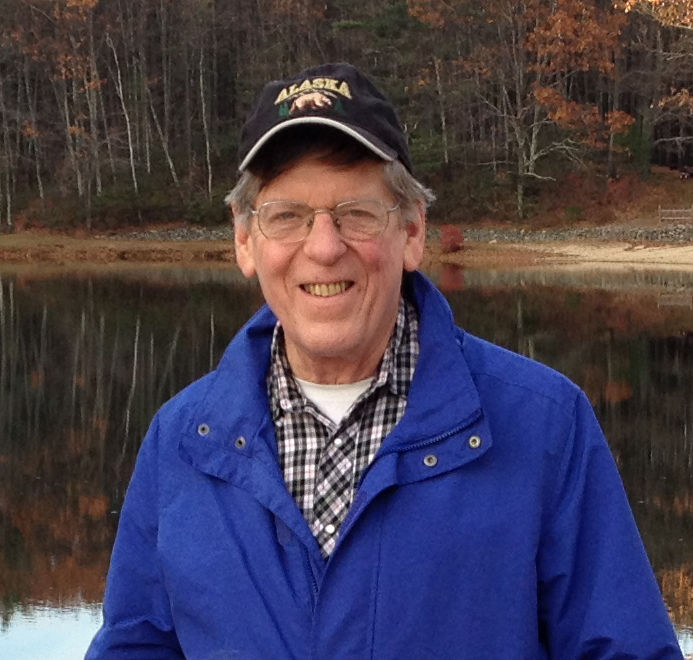 Russell Theodore "Ted" Wheeler age 70 and life long resident of Concord passed away on Wednesday, February 18, 2015. He was the beloved husband of 47 years to Ingrid E. (Bletzer) Wheeler.

Born in Concord on May 5, 1944 he was the son of Marian Harlow Wheeler of Concord and the late Russell W. Wheeler. He was the 11th generation of Wheelers to live in Concord since 1635.

Ted and Ingrid married in 1967 and remained in Concord where together they raised their loving children. He worked for many years as a mechanical engineer for several firms including Design Technology, Lasermax Roll Systems (Tecnau) and also Stanley Tools.

Ted never met a family member, friend, neighbor, or complete stranger he couldn't do something for, but always in a quiet way to not bring attention to himself. He was the apple of his mother's eye, the cherished brother of his three sisters, the respected and admired dad to his three children, and a complete pushover for his grandchildren, taking great pleasure in acting as mischievously as they did. He enjoyed his professional job--designing and making machinery--as much as he enjoyed working on anything and everything around his home or renovating his 1967 Mustang. Work was his hobby, but his wife Ingrid finally got him to take some time off to travel in the last few years, including a dream excursion through Denali National Park and a cruise through the Alaskan Inside Passage to celebrate their 47th anniversary and 70th birthdays. He also got to spend some warm time in San Diego last month with two of his sisters and spouses. Ted was soft spoken and didn't talk unless he had something meaningful to say; so when he did, people would stop and listen. He had the ability to make you laugh or cry in a heartbeat with his quips and his genuine compassion.

Along with his wife and mother, survivors include his loving children, Gregory R. Wheeler and wife Melanie of Orange, Jessica R. Girotti and husband James of Holliston and Sarah J. Gottschalk and husband Stephen of Fitchburg and his cherished grandchildren Krista, Russell, Lillian, Alden, Kaitlyn and Collin. He is also survived by his sisters, Roberta Bradshaw of San Francisco, CA, Virginia Robinson of San Diego, CA and Barbara LaJeunesse of Campton, NH as well as his brothers in law, who were much more like real brothers, Ralph Bradshaw and John Robinson of CA and Frank LaJeunesse of NH.

Family and friends will gather to honor and remember Ted on Saturday, February 28th at 11:00 am in the First Parish in Concord, 21 Lexington Road, Concord. A reception will follow.