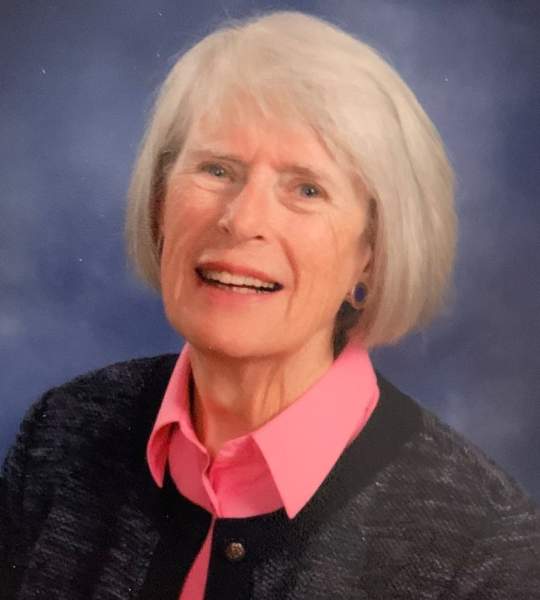 Born in Lexington, MA on April 21, 1933, she was the daughter of the late Ernst and Josephine (VanGemert) Berglund. She married Richard F Armknecht in 1955 and went on to have four children: Beth, Richard III, Carl and John.

She graduated from Lexington High School in 1950. A lifelong learner, she went on to graduate from Simmons College in 1954. She furthered her studies by attending the Harvard Radcliffe Program in Business Administration. Later in 1970 she earned her Master’s in Educational Administration from Northeastern. She continued to learn in her later years as an avid reader and traveler.

Ruth made her home in Concord MA until 2014 when she moved to Atlanta to be closer to her daughter. Most recently her home was in Somerby, Sandy Springs were she was known as the cookie lady.

While in Concord she was active in town affairs serving on the School Committee, Finance Committee, Housing Authority, and Cemetery Committee. She poured her heart and time into Concord and those who knew her loved her for her for her outgoing and friendly personality.

In her later years she joined the Rotary and remained active in Sandy Springs GA Rotary after her move south.

In 1974, Ruth returned to the business world and worked for Digital Equipment Corporation until her retirement in 1992.

She was an avid traveler, visiting all 7 continents. Those who followed her on Facebook can attest to her love of exploring the world and making new friends during her travels. The people who knew her described her as full of zest and a force of power. She walked 2-3 miles daily up until her final day. When she wasn’t traveling, she enjoyed time with her children and grandchildren and organized many class reunions.

A memorial service will be held at Somerby, 25 Glenlake Parkway, Sandy Springs GA on October 1, 2022.

In lieu of flowers, a donation can be made in her honor to your favorite charity.