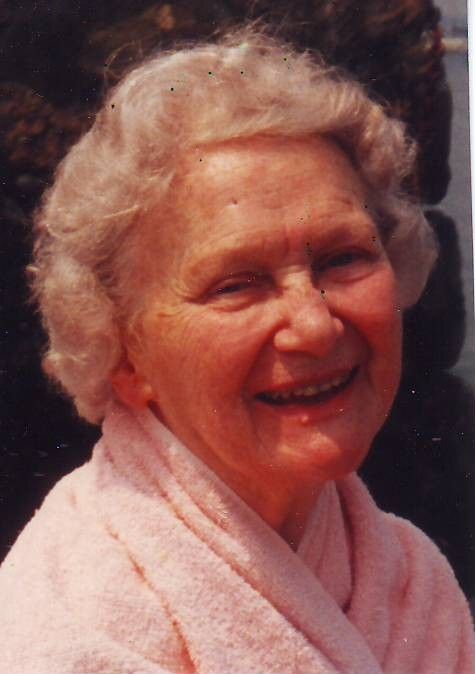 Ruth Bybee Murphy, 99 a resident of Concord for eight years, died peacefully at her home on Wednesday, November 23, 2011. She was predeceased by the husband of 65 years, George Arthur Murphy who died in 2003.

The daughter of the late Walter Louis Milliken and Mary Bybee Milliken, Mrs. Murphy was born in 1912 on Marblehead Neck, MA and raised in Indianapolis, Indiana. After graduating in 1930 from Miss Hall's School in Pittsfield, MA, she returned to Indianapolis to study art at the John Herron Museum of Art, which her parents had been active founding. Several years later she joined a group of students from the May School in Boston on a year abroad to study art history returning to live in NYC, where she pursued her passion for art by studying sculpture with Heinz Warneke until her marriage in 1938.

Following her husband's service in WWII, the Murphys settled in New Canaan, CT to raise their two daughters. There Mrs. Murphy became an active community volunteer. She started an ongoing clothing sale to raise scholarship funds for the New Canaan County School; she led the expansion of the community's thrift shop; and she was a talented member of a sewing and knitting group, which benefitted local charities.

After her husband's retirement from a banking career in NYC, the Murphys moved to Washington, CT, where they spent the next 30 years as volunteer leaders. Mrs. Murphy's contributions to St. John's Episcopal Church included 20 years as head of the Altar Guild, service to the minister search committee, leadership of a needlepoint kneeler project, and participation in the design and creation of raffle quilts for the annual fall bazaar. She also studied and taught ceramics at the Washington Art Association and was active in the Washington Garden Club. The Murphys were avid antique collectors and enjoyed the restoration of two antique homes.

Following her husband's death, Mrs. Murphy moved to Newbury Court in Concord, where she was known for her warm smile and gracious manner.

A memorial service will be held at the Trinitarian Congregational Church in Concord on Saturday, May 12, 2012 at 11:00a.m. with reception to follow there.