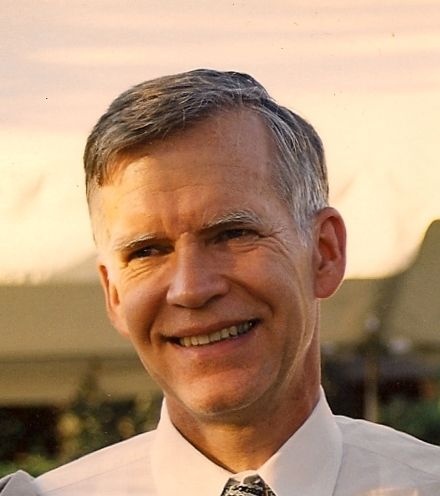 Samuel G. Mygatt of Lincoln, MA, passed away on February 16, 2010, after an eleven-year struggle with a rare cancer. Sam was surrounded by his wife Susan, his three daughters and his three siblings, as he slipped away during a quiet and steady snowfall.

Sam was born with a belief in the importance of helping others, and he thought that his efforts could make a difference. They often did. After graduating from Princeton in 1965, Sam spent two years in the Peace Corps in Nepal working as a village engineer in the district surrounding the village of Putlikhet (field of the butterflies).

Together with a fellow Peace Corps volunteer and a young Nepali overseer, Sam facilitated many small development projects, including foot bridges, drinking water pipelines and tanks, irrigation canals, and meeting houses. Sam was instrumental in instituting the building of long suspension foot bridges with an upward camber—a feature that prevented them from oscillating wildly when loaded with traffic and sometimes dumping foot travelers into the rivers below. He also initiated the use of plastic pipe imported from India to replace galvanized pipe, an innovation that saved large sums of money in purchasing and transport costs.

Besides his diligent work as a volunteer, Sam was enormously inventive and creative in his spare time. Among other things, he became a virtuoso in bamboo construction. His tour de force was a freestanding outhouse constructed largely of bamboo replete with an aluminum roof made from biscuit tins, gutters, and a downspout. The structure was so elegant that the villagers called it the mundir (temple), and Sam’s next door neighbor was sometimes seen sneaking in to use it in the pre-dawn hours.

Sam grew up in Stamford, Connecticut, with three siblings and a strong-willed and independent mother. He graduated from the Choate School in 1961 and Princeton University in 1965, with a degree in English and a love of William Butler Yeats.

Following Princeton and then Nepal, Sam studied law at Yale. He clerked at the Massachusetts Superior Court, then spent several years at the Massachusetts Executive Office of Transportation and Construction. From there it was off to New York City where Sam practiced corporate law at Cadwalader, Wickersham & Taft. There he met his wife Susan. They married in 1977 and moved to Lincoln, MA.

In 1978, Sam left his law practice and became the Director of the Massachusetts Environmental Policy Act Office (MEPA). During his eight year tenure, Sam authored MEPA’s governing regulations, built a well respected staff of analysts, led the MEPA reviews for several thousand projects, and earned a reputation for rigorous and even-handed analysis.
Sam returned to the private sector in 1986, practicing environmental and regulatory law with the Boston firm of DiCara, Selig, Sawyer & Holt. In 1989, Sam turned back to his interests in environmental analysis, consulting and project management, and became Director of Regulatory Affairs at HMM Associates in Concord, MA.

In 1987, then Governor Dukakis appointed Sam to the Massachusetts Water Resources Authority Board of Directors, where he served until 1997. In a decade of sustained effort, Sam and his fellow Directors wisely guided the design, construction and startup of the badly needed and widely acclaimed $3 billion Deer Island wastewater treatment plant, which has had a transformative effect on Boston Harbor.

Together with six colleagues, Sam cofounded Epsilon Associates in 1997, an environmental consulting firm in Maynard, MA. Over the years, to each of the projects on which he worked, Sam brought his regulatory acumen, his persuasive writing and speaking skills, his intense desire to improve each project and a keen sense of teamwork. One colleague noted that “working with Sam invariably made you a more effective and more informed consultant.”
Sam was a man of the out-of-doors. An avid skier, he was fond of the mountains of Vermont, particularly the ski trails and wooded glades of Mad River Glen. For many years, his infectious grin was a common sight in the single chair lift-line.

A gardener, a carpenter and a craftsman, Sam created the physical world around him to his liking. He loved working with rocks and with wood. He built beautiful stone walls at his home in Lincoln. He built elegant tables and sturdy bookshelves, working on his final project right up to his last day. One weekend, he single-handedly jacked up one end of his barn in order to replace a rotted-out foundation.

Sam took great delight in his wife of 32 years, Susan, and their three daughters, Elizabeth, Jennifer, and Catherine. Sam and Susan formed a formidable parenting duo, teaching their daughters to be independent and confident thinkers, creative problem-solvers and assertive team players. He encouraged them to push themselves, and to find and follow their passions.

In 1999, Sam was diagnosed with synovial sarcoma. Six months of treatment earned him seven years of remission. But the cancer returned in 2006, and Sam spent the next three and a half years trying a chain of treatments, some of them experimental, while continuing to work at Epsilon and pursue adventure. He explored China, Tibet, and Utah’s Yampa River, and he made countless visits to friends and family. He excelled in finding goodness, joy, and potential in each of his days, often noting that a “day well lived is a day that’s added to your life.”

Sam is survived by Susan, his wife of 32 years, his daughters Liz, Jen and Katie, his brothers Joseph Mygatt of Stamford CT and Peter Mygatt of Ridgefield, CT, and his sister Elizabeth Nitschke of Madison, WI.

A memorial service was held at Emmanuel Church in Boston on February 20. Donations in Sam’s memory may be made to the Emmanuel Church/Lindsay Chapel Altarpiece Restoration Fund (www.emmanuel-boston.org/), the Earthjustice Legal Defense Fund (www.earthjustice.org), and Ashoka (www.ashoka.org).