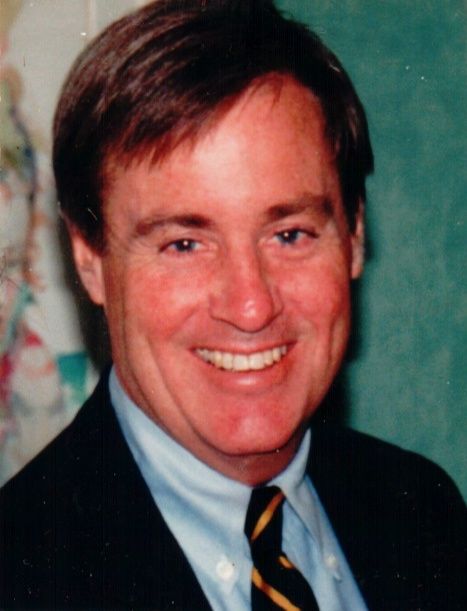 Samuel Quincy Nichols, 74, died peacefully at home on February 22, 2014. He was surrounded by his loving family. Born in Boston on June 13, 1939, he was the son of the late Henry Gilman Nichols and Elizabeth (Griggs) Nichols Smith.

Sam grew up in Greenwich, CT and attended Greenwich Country Day School before graduating from The Berkshire School in 1958. He continued his education at the University of New Hampshire, graduating in 1962. He then served in the U.S. Army from 1962-1964.

In 1965, Mr. Nichols married the former Katherine Bertholf in Washington, D.C. and they settled in Yarmouth, Maine. Sam worked for many years for the S.D. Warren Paper Company, now known as SAPPI.

Besides his work in commercial paper sales, he enjoyed his brisk early morning walks through Concord, pond hockey, competing and winning in any sport and working in his yard. His favorite place was North Haven, Maine where he went as a child and through the summer of 2013. He loved nothing more than a nice sail on Penobscot Bay with friends and family, cooking lobster next to the Scout House and enjoying the view of the Camden Hills. He was an avid athlete with a keen sense of humor. He was full of kindness and love. Sam was a long time member of the Trinitarian Congregational Church.

Sam was the loving father of Katherine (Nichols) Olney and her husband Rick Olney of Concord, Jennifer (Nichols) Reed and her husband Jim Reed of Burlington, VT and Samuel Quincy Nichols, Jr. and his wife Erin Nichols of Sydney, Australia. Grandfather of Charlotte, Adair and Nina Olney, Sophie and Lily Reed and Caroline, Ethan and Margot Nichols. He leaves his wife Katherine Bertholf Nichols of Concord, MA, and his brothers Henry Gilman Nichols, Jr. of Brunswick, ME and Milton Griggs Nichols of Grand Junction, CO. Also survived by several nieces and nephews. Pre-deceased by his brother George Quincy Nichols.

Contributions in Sam's memory may be made to:
Trinitarian Congregational Church
54 Walden Street
Concord, MA 01742