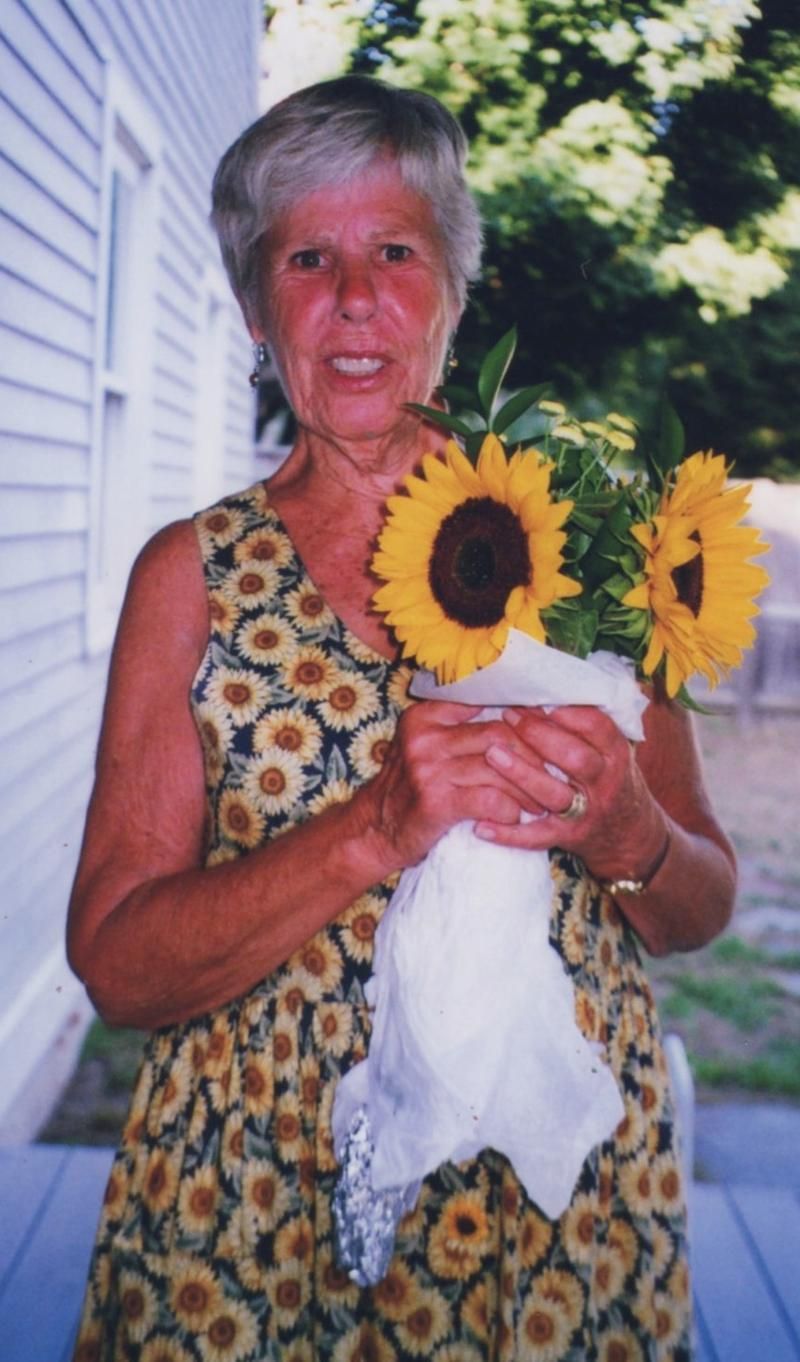 Sally was born to Margaret and Harding Greene in Boston, MA in 1935. She graduated from the Katherine Gibbs School and worked as a secretary in offices at MIT, the Smithsonian Astrophysical Observatory, and Geometrics Furniture among others. In spring of 1966, she married the love of her life Roger Ludlow Bull at the Concord Academy Chapel and in 1970 she gave birth to their beloved son Christopher Updike Bull. Sally's personality exuded a special warmth that she brought to everything she did. She was an avid sunbather, a constant gardener, and an adventurous world traveler. She most loved gathering with friends and family, drinking wine, eating good food and sharing stories.

Her charitable work was core to her life. Known as the "Queen of Front of House," Sally volunteered for the Concord Players, where her husband Roger had acted, for over 40 years. She recently won the "Heddie Award" at the Concord Players for her years of service – an award named for her dear friend and mentor Heddie Kent. Additionally, she also provided support for the Family Day activities at the Northeastern Corrections Center since 2011, and was involved in their Restorative Justice work.

A celebration of Sally's life will be hosted on Sunday, August 26th at 11am at the 51 Walden Performing Arts Center in Concord.