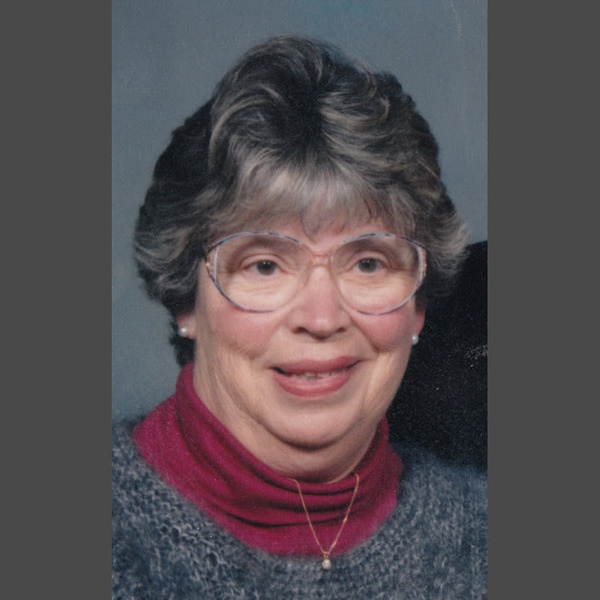 Sally was born on November 20, 1935 in Boston, MA. She was the eldest daughter of Martha Wilmore Marshall Kraetzer and Eugene Gilbert Kraetzer, Jr.

Sally grew up in Concord on Sudbury Road. Her childhood included horseback riding and playing in the woods along the Sudbury River near her house. She summered at homes in Craigville, MA and South Londonderry, VT. When her father was called into service during WW II, her family lived in Tryon, NC and Dayton, OH.

She married George Mifflin Dallas on September 8, 1962, at Trinity Episcopal Church in Concord.

When her children were teenagers, Sally and her family hosted two foreign exchange students, a girl from Switzerland and a boy from Italy, through the AFS Program. Sally then served as President of the local AFS Chapter for several years. She had a caring heart, and young people were drawn to her. Most recently she became a trained facilitator with Communities for Restorative Justice, providing guidance to juvenile offenders.

She was an active member at Trinity Church in Concord. She served for many years on Trinity’s Altar Guild, for a long time acting as its leader. She was a charter member of Trinity’s Funeral Reception Committee, and was a member of the church Vestry, serving as Clerk. She was especially devoted to her church prayer group of which she was a member for over 20 years.

Like her own mother, Sally was a skilled and generous knitter. She always had multiple projects underway, and beautiful, cozy gifts to show her love for her family and friends. She also delved into needlepoint, quilting, and cross stitch.

Sally was a carefree gardener, a lover of music, and a skilled pianist. She adored all things nature had to give, especially songbirds, and most especially hummingbirds.

More than anything else, Sally was a mother. All three of her daughters were born and raised in her beloved hometown of Concord. She is survived by her husband of over 47 years, George Mifflin Dallas of Concord; daughter Martha Marshall Dallas and Martha’s partner, Lucena Campbell Gluck of Burlington, VT; Sarah Hopkins Dallas Milt and son-in-law Stephen Scott Milt of Winchester, MA; and Elisabeth Wharton "Beezie” Dallas of Washington, DC. She is also survived by her two grandchildren, Rachel Dallas Milt and Alexander Larkin Milt. Sally also leaves her brother, John Frederick "Fritz" Kraetzer of Orcas Island, WA, and sister, Martha Jean "Jeannie" Didrichsen of Kauniainen, Finland. Lastly, she leaves her 14-year-old King Charles Spaniel, Bezique.

or the family welcomes donations to: