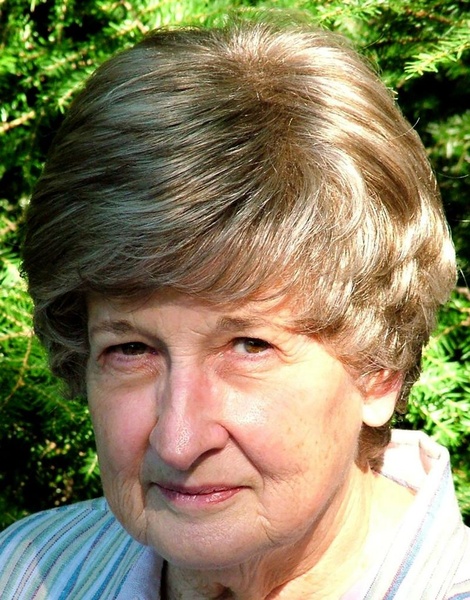 Born May 26, 1929, in Charlotte, North Carolina, to Edward and Virginia Dell, Shirley spent most of her childhood in Miami, Florida. As a young child, she would sit in the front church pew focusing intently on the sermon. Called as her parents were to spread God's word, she practiced preaching to the trees—sowing the seeds of a lifelong, deeply held faith, as well as a loving relationship with plants and places of natural beauty.

When she completed high school, her older brother Ed strongly advocated for Shirley to join him at college in the Boston area, convincing her parents that a young woman did, in fact, need a college education. She studied for two years at Eastern Nazarene College, where Ed introduced her to his good friend Benjamin, who became her lifelong love. Shirley and Ben were married on October 19, 1950 and she began life as a young wife, working for a few years to help with household income before beginning a family in 1953. The young family lived in Scituate and Lexington through the 1950s, with a yearlong stay on Florida's panhandle for Ben's work, in 1959. Shirley enjoyed days on the white sands of Florida beaches with her children and evenings dancing with Ben at the officers' club.

In 1961, the family moved to the house they built in Sudbury, where all four children grew up and where Shirley and Ben lived for 46 years. Shirley expressed her talents with color and line, sewing the window treatments and enjoyed selecting the furniture and wall colors to make their home a place of welcoming beauty. It was in Sudbury that Shirley discovered her gift for landscape design and filled a sunroom with plants that thrived in her care. In retirement, she was an active member of the Sudbury Garden club, participating in shows, sales and the annual Christmas decorating of the Sudbury Wayside Inn. Shirley was an accomplished seamstress, sewing clothes for herself and her children, and making several dazzling costumes for school plays. She imparted her visual design gifts to her children, along with a love of good food and celebration of holidays and family milestones.

As the children grew, Shirley looked toward working outside the home again, stretching her gifts of organization and understanding of human dynamics in a professional setting. Shirley's perceptive understanding of personality and behavior was always an excellent source of counsel for family and friends. She combined these talents with her faith to work with Ben as a parish consultant to the Episcopal Diocese. The training she received for that work led her to jobs in education at Lincoln-Sudbury Regional High School and group facilitation, culminating in a twelve-year career at Digital Equipment Corporation, where she developed and managed the Graduate Engineering Education Program for the Digital employees who sought advanced degrees. Shirley enjoyed being an early adopter of email as a communication tool. When three of her children also worked at Digital in the late '80s she enjoyed using email to stay in touch with them, sharing jokes and recipes. Her love of education and new challenges led her back to college; she completed her bachelor's degree at Framingham State College in 1980, continuing with graduate courses in business and psychology.

Shirley and Ben retired from work in the same month in 1992 and embarked on many adventures over the next 25 years. They enjoyed global travels, especially to the Southern Hemisphere and winter vacations in Barbados. In 1994, they bought a second home in Falmouth, fulfilling a dream that Shirley had to live near the shore as she had as a girl in Miami. This second home provided Shirley another outlet for her talents of garden design, experimenting and learning which plants would flourish in a seaside climate. She loved visiting the Cape, not only in the summer months, but also celebrating every May birthday and October anniversary there.

In 2007, Shirley and Ben left their Sudbury home and moved to the Sauta Farm community, also known as "Hudbury" in Hudson. There they reconnected with other Sudbury couples and made new neighborhood friends. Shirley became the editor of community newsletter, fostering neighborly connections, shared stories and photos. In 2018 she won an award for best New England condo association newsletter. Having mastered the challenges of desktop publishing and village storytelling, she happily retired as editor in December 2019.

For nearly 40 years, Shirley and Ben were faithful and beloved members of the parish of St. Anne's in-the-Fields Episcopal Church in Lincoln, MA. Shirley served on the vestry and rector search committees and led adult education programs, including developing Lenten devotional booklets for the community. She served as a lay eucharistic minister and a lector for services. Shirley was proudest of her work as parish archivist, conducting oral history interviews and assembling timelines for the parish's 125th anniversary celebration in 1999.

Those who spent any time in Shirley's company experienced her quick and nimble mind, her incisive perceptions, and her abiding intuition. She did not suffer fools. Her eye-roll was legendary.

In addition to her dear Ben, Shirley is survived by Lise Stahl (Christopher) Brown of Concord, Erich Stahl (Rene Stawicki) of Jamestown, RI, Johanna Gretchen Stahl (Charles) Hughes of Huntington Beach, California, Heidi Stahl of Falmouth, and her beloved only grandson, Matthew Brown of Concord, as well as many nieces, nephews, and grand-nieces and nephews. She leaves behind a special soul, who was a great companion in her final days, Skip the cat. She is also survived by her sister Mary Taylor of Black Rock, South Carolina, brother Paul Dell of Kingsport, Tennessee and was predeceased by brothers Edward Dell and Jack Dell.

Family and friends will gather to honor and remember Shirley on Saturday, January 4, 2020 at 11:00 am in St. Anne's in-the-Fields Episcopal Church, 147 Lincoln Road, Lincoln with reception immediately following.