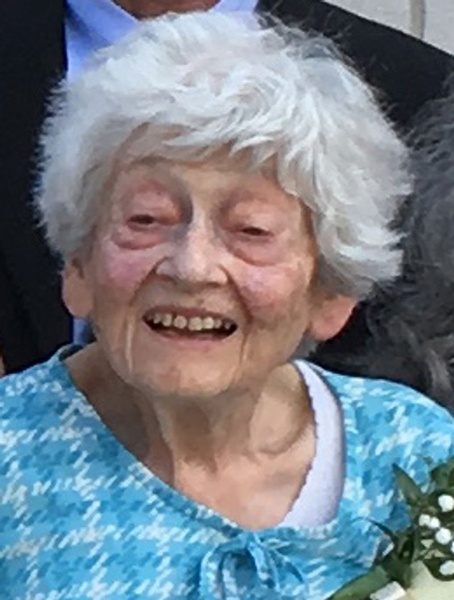 Sibylle Jahrreiss Barlow passed away peacefully at home on April 24, 2021, surrounded by love from family and caregivers. Sibylle was born March 20,1927 in Munich, Germany to Dr. Walter Jahrreiss and Dr. Lotte Rosenstock Jahrreiss. In 1936, the family moved to Baltimore and joined Park Street Friends Meeting (later Stony Run). Sibylle graduated from Oberlin College in 1948. She met John S. Barlow at meetings of the Fellowship of Reconciliation in Baltimore, and they were married at Stony Run Meeting on August 14,1950. They lived in Chapel Hill, NC, Boston, Cambridge, Acton, and since 1964 in Concord.

Sibylle was a passionate activist for peace and reconciliation in her own calm, persistent, Quakerly way. She was a member of Acton Friends Meeting, Concord Prison Outreach, Concord-Carlisle Human Rights Council, the Friday peace vigil in Concord Center, and Communities for Restorative Justice. In later years, she continued her activism from home through contributions to numerous charities and political causes. She loved to read, diligently watched PBS in the evenings, approached everything with optimism, and greeted everyone with a smile. Sibylle exemplified her unshakable faith in the goodness of people and inspired many others to do the same.

Memorial service to be announced.

Donations in her memory may be made to:
Boston Health Care for the Homeless
780 Albany St.
Boston, MA 02118
www.bhchp.org/make-gift
or
Southern Poverty Law Center
400 Washington Ave.
Montgomery, AL 36104
www.splcenter.org/support-us