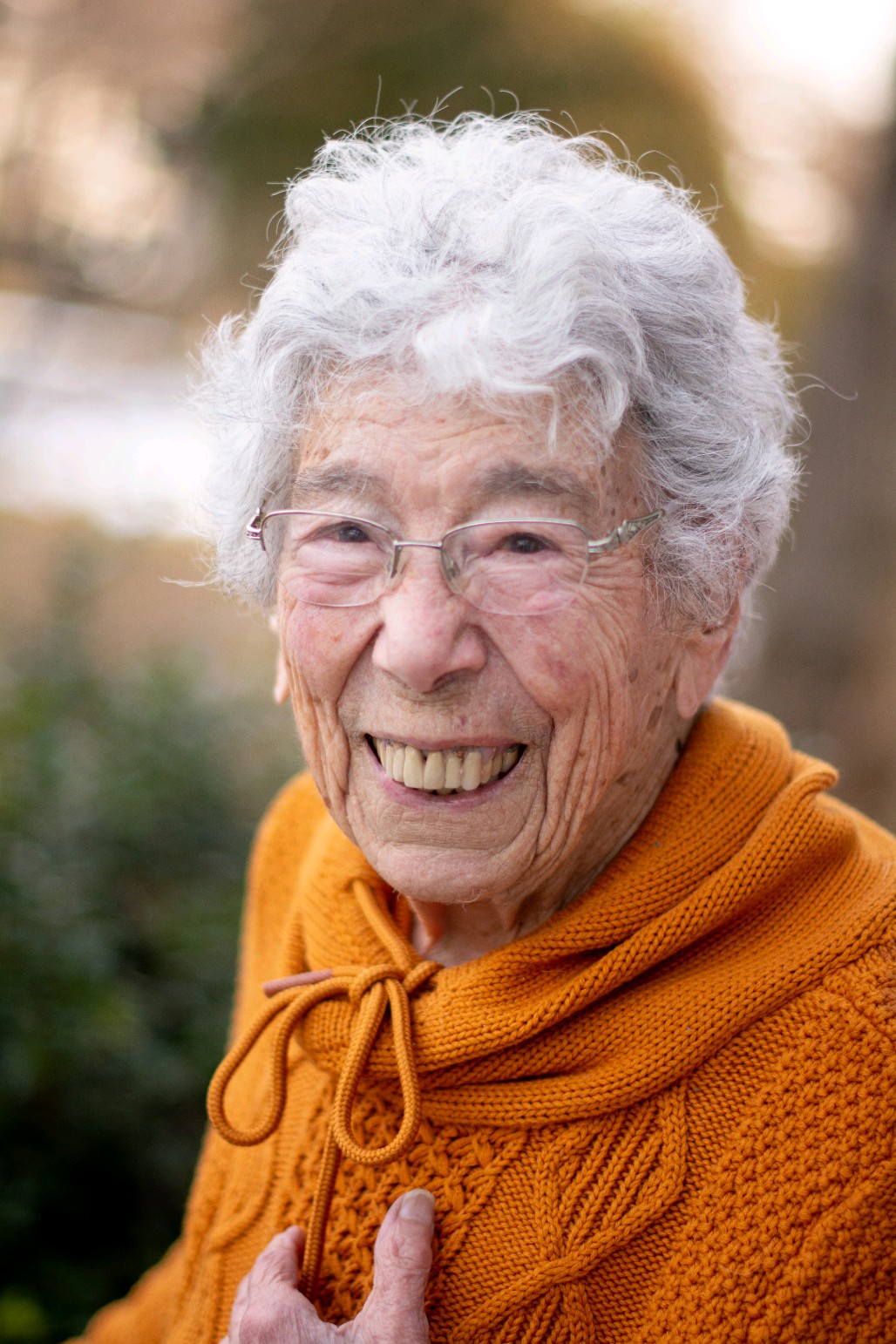 During the last months in which she fought pancreatic cancer, she often said that the act of living a long and successful life was her way to cheat Hitler, who had intended her to perish in Auschwitz along with her grandmother and contemporaries.

The last surviving grandchild of Sigmund Freud, she was born in 1924, the daughter of Esti Freud, an elocutionist and later speech therapist, and Martin Freud, the oldest of Sigmund Freud’s children. As a child, on her ceremonial weekly visit to her grandfather, she strove to be “the best little girl in Vienna.” Her ambition continued throughout a life in which she continued to be not only “the best,” but also beloved and outstanding in all her endeavors.

In 1938 when the Nazis invaded her home country of Austria, she fled to Paris. In 1941, with the German occupation of Paris, she and her mother escaped on a harrowing bicycle trip to Nice, where she achieved the difficult “bachot” exam in French, her second language. Then, after a year in Casablanca, she made it to New York, and then on to Massachusetts, where she attended Radcliffe College and in 1945.

She married Paul Loewenstein before earning a BA in Psychology and later a masters in Social Work at Simmons College. While raising three children, she worked full- time in the fields of adoption and child and family services. She later found her real passion, teaching, when she was selected to teach a course at Tufts University. She earned her doctorate at the Brandeis Heller School, and taught at Simmons School of Social work, heading the Department of Human Behavior. She taught and lectured throughout the greater Boston area and internationally, including in Vienna, where she was given the keys to the city. Along the way she lost faith in patriarchal psychoanalysis, explored feminism, and wrote two books, My Three Mothers and Other Passions (1988) and Living in the Shadow of the Freud Family (2007.) After retirement from Simmons,  she continued her scholarship, teaching at BOLLI at Brandeis, in which she melded the studies of literature and psychology to address life issues.

She is survived by her three children Andrea Freud Loewenstein, Dania Jekel, and George Loewenstein, as well as five grandchildren and two great grandchildren. She is mourned and will be greatly missed by her many friends and family to whom she was an inspiration and a model. She was deeply troubled by the man-made catastrophes and rise of facism in this harsh new world and sorrowful for her descendants and all those who must inherit it.

The memorial service will be announced at a later date.