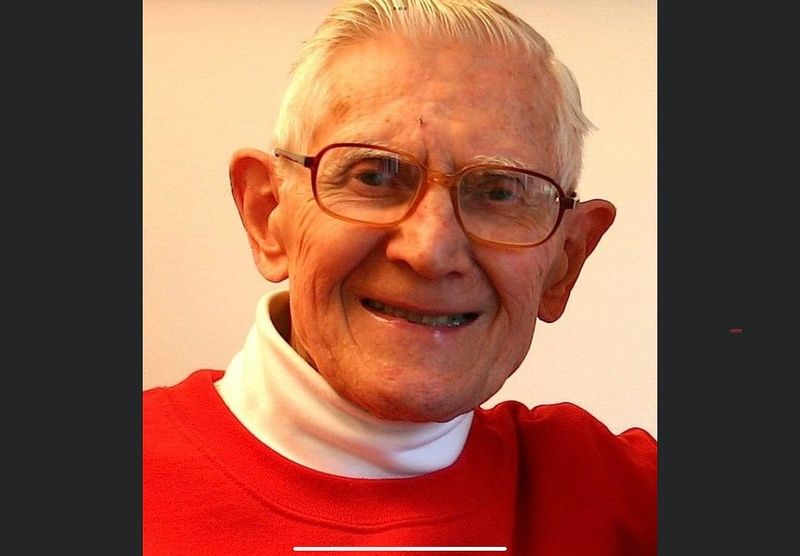 Mr. Goslovich was born in Chicago, Illinois, on July 20, 1927. After graduating from high school, he enlisted in the U.S. Navy. He served for two years and participated in the Bikini Atoll A-bomb tests in 1946. He then attended Illinois Institute of Technology, receiving a B.S. in Electrical Engineering, and the University of Illinois, earning an M.S.E.E.

In the 1950s, Mr. Goslovich was employed at Argonne National Laboratory as a radiation safety officer involved with monitoring devices and nuclear measurement instruments. In the 1960s, he worked for Technical Measurement Corporation as a technical writer and sales engineer. In 1970, he and his young family moved to West Concord, Massachusetts where Stan was employed by Shawmut Bank of Boston as a security analyst.

Stan enjoyed many outdoor activities such as hiking, golf, skiing, skating, and tennis. Part of his philosophy of life was to eat healthy foods (properly balanced by his wife Mariann's cookies and pies, along with a hefty helping of ice cream), and "keep moving." This was put to the test when he purchased land in Meriden, New Hampshire, in 1968. Stan later added a modest home, built a garage with the help of his sons, and managed the property as a tree farm. His sons provided ample free labor, sometimes willingly and sometimes not. He often advised others to "Buy land, they aren't making any more!"

In addition to being an avid reader throughout his life, Stan enjoyed photography, astronomy, painting, and traveling.

Stan was a huge fan of all things Apple. Upon purchasing his first of many iPhones on the day it launched in 2007 (when he was 80), he remarked, "What am I going to do? Wait?" He was a sports fan most of his life and followed his hometown Chicago Cubs and Chicago Bears, although he eventually became a New England Patriots fan as well.

During their retirement years, he and his wife Mariann made wonderful trips to London, Paris, Norway, France, and Switzerland.

Stan is survived by his brother Lawrence, of Darien, Illinois, and his sons Bruce (Meg Mulhern) and Scott of Boise, Idaho, and Eric (Marsha) of Frederick, Colorado. He is also survived by six grandchildren and four great-grandchildren. His beloved wife of 67 years, Mariann, preceded him in death in August 2020.

The family would like to express their heartfelt appreciation to the Carriage House at Lee's Farm, Extended Family of Wayland, Good Shepherd Community Care (hospice), and Roxana's Home Care for their loving and compassionate care and support of both Stan and Mariann. The family would also like to thank Stan for authoring the draft of this obituary, which he wrote in 2014. We elaborated a bit about the man we loved so dearly for so many years.

Family and friends will gather to honor and remember Stan on Saturday, March 12, 2022 at 10:30 am in the Courtyard at Trinity Episcopal Church, 81 Elm St., Concord.

For those who wish to view the recorded service, please activate the link below:
https://youtu.be/ta8vsDvLKt0