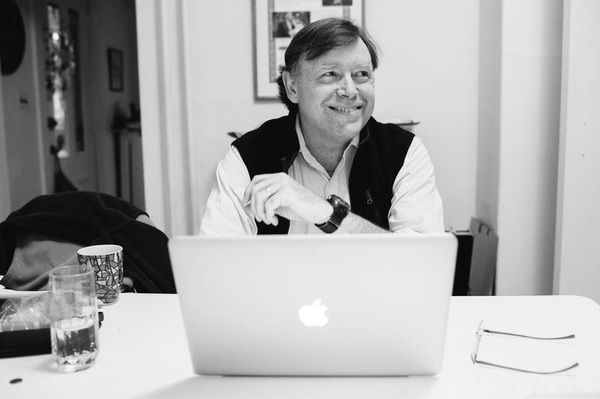 Steve Connors, a leading alternative-energy researcher at MIT died at home peacefully Sunday after a four year battle with esophageal and then brain cancer.

Steve helped to make solar and wind power mainstream, leading projects around the world at a time when many people were still skeptical about the viability of alternative energy.

Steve spent more than 26 years working at MIT as a researcher, mentor and instructor, most recently as the head of the Analysis Group for Regional Energy Alternatives (AGREA). In that capacity Steve tackled a variety of energy challenges in different parts of the globe, from Shandong, China and Switzerland to Argentina and Mexico City.

Steve helped usher in the current era, where solar and wind applications are now seen dotting the landscape in many regions and have become mainstream energy solutions in a number of countries.

Steve's work in Portugal is a powerful example of his ability to marry research with real-world practice to change the way energy is supplied and used in the world. There, Steve led a cross-Atlantic partnership between MIT and Portugal that was designed to integrate renewable resources like wind, solar and tidal into energy grids. This joint research included a major focus on strengthening graduate energy and technology programs at Portugal's leading technology institutes, such as the Institute of Science and Technology in Lisbon, the University of Coimbra, and the University of Porto.

In the Azore Islands, Steve helped set up a grid built around fast and flexible energy generation that is capable of shifting energy loads between various sources, from geothermal to wind to solar. This summer, Portugal was the first county able to keep its lights on with renewable energy alone for four consecutive days.

Before running AGREA, Steve directed the AGS Energy Flagship program at the MIT Laboratory for Energy & the Environment. The program aims to identify and communicate cost-effective portfolios of energy technology and policy options to local and regional decision makers. Steve was responsible for coordinating Energy Flagship activities across four universities: MIT, the University of Tokyo, Chalmers University of Technology in Sweden, and the Swiss Federal Institute of Technology.

In 2014, Steve shared his views on how to build a bridge to a more sustainable energy future in a TEDx talk: www.youtube.com/watch?v=jpDV9ohJ3Es. Steve was a frequent and popular speaker on all energy issues at many global forums and met his wife when he accepted her invitation to speak at a local Cambridge community potluck and showed up with a fabulous power point on wind energy and homemade broccoli salad.

Known for his kind spirit and great wit, Steve believed that you should "leave every room better off than when you entered it." Steve continually picked up litter in rivers, roadways, sidewalks and along trails, and traveled with the appropriate gear in his car not just for basic litter retrieval but a grabber that can pull a Class 7 truck tire out of the riverbank where it wedged.

Steve's early work with the Peace Corps in Benin, where he lived for two years in a hut with no running water or electricity and was in charge of building wood-conserving cooking stoves to save forests, taught him the importance of adapting technology to each geography. Steve believed that there is no single silver-bullet solution for a sustainable energy future. Instead, we need to optimize a portfolio of solutions and within each technology to move from "best practice" to "next practice."

Steve also believed that we all have to right-size our lifestyles to ensure the future of our planet. Steve's time in Benin taught him to live simply. These passions led him to co-found AltWheels (www.altwheels.org) which has become one of the larger alternative transportation festivals in New England for fleets, and to serve as conservation committee co-chair for the Appalachian Mountain Club. Steve was one of the first scientists ten years ago to observe that what was at stake was not "climate change" but "climate changed." Steve battled for environmental issues long before there was popular support or mainstream acceptance and is a tireless advocate for a more sustainable future. Many of the doctors Steve met during his cancer battle decided to install solar panels on their homes after talks with Steve.

Steve leaves a wife, close set of siblings, and in-laws who will miss him greatly including: his mother, Margaret Connors; his wife, Alison Sander; two sisters, Jennifer Connors and Martha Connors; and a brother, Mike Connors as well as four special nieces and many friends and admirers. Steve was a person you could always count on.
There will be a service at Newbury Court in Concord, MA in December and a service at the MIT chapel in the Spring of 2017. Details will be shared here and on Steve's website: www.stephenrconnors.com.