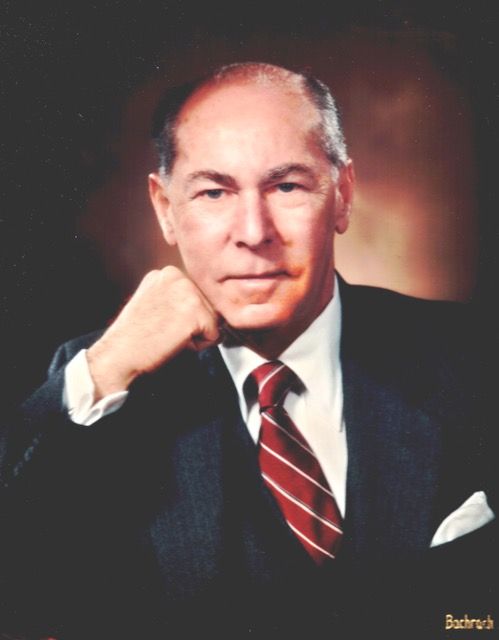 Stephen Lajos Erdely (May 6, 1921-February 25, 2017) used his long life to grow as a musician, scholar, and professor and inspired others to follow his example.

Raised in Szeged, Hungary where his father was a prominent physician and mother, a distinguished music critic, Erdely was accepted into the National Franz Liszt Music Academy, where classmates and friends were cellist János Starker and pianist György Sebök. At the Academy, he studied with the leading Hungarian music educators of the twentieth century: violinist Ede Zathureczky, and composers Leó Weiner, Béla Bartók, and Zoltán Kodály. Simultaneously, he pursued a law degree at Franz Josef University.

Near the end of his studies, WWII interrupted his education, and he was deported to Dachau. He remained there until liberation April 1945 by General George Patton's Third Army Division.

Following the war, he quickly regained his musical skills to achieve acclaim as a violinist, performing as soloist in Munich, Germany with the Chamber Music Society from 1946-1949. Arriving in the United States, Sept 1, 1949, soon after, he was engaged as concertmaster in a summer orchestra in the Adirondack Mountains. Fortuitously, his future wife, acclaimed pianist Beatrice Epstein, had been engaged as the soloist. They fell in love and married in 1951. Together, they founded The Erdely Duo and performed in concert for nearly 50 years.

Shortly before their marriage, he won an audition to perform with George Szell's Cleveland Orchestra, a post he held from 1951-1966. While in Cleveland, as his Hungarian roots and training continued to inspire him, Dr. Erdely pursued a PhD in Musicology and Ethnomusicology at Case Western Reserve University, completing the degree in 1962. As a scholar and professor, he first taught at the University of Toledo, and in 1973 joined the music faculty of the Massachusetts Institute of Technology where he became director of music there in 1976. Upon his retirement, Dr. Erdely became a Research Associate of the Milman Perry Collection and a member faculty of the Continuing Education Division at Harvard University.

Throughout his academic career he received grants from various sources, including the American Philosophical Society and the National Endowment for Arts. His publications include Methods and Principles of Hungarian Ethnomusicology, 1965, Music of South Slavic Epics From The Bihac Region of Bosnia, 1995 and various articles in professional journals.

He was a member of the Society for Ethnomusicology, International Folk Music Council, Ohio Folklore Society where he was president from 1967-1969, the International Musicology Society, and the College Music Society.

He was preceded in death by Beatrice Erdely, his beloved wife of 60 years. He is survived by nephew Istevan Kolos of Budapest Hungary, as well as many beloved friends and former students. A celebration of his accomplished life was held Friday, March 3 at 11:00 am in the Concord Funeral Home, 74 Belknap St., Concord. Burial followed at Sleepy Hollow Cemetery, Concord.